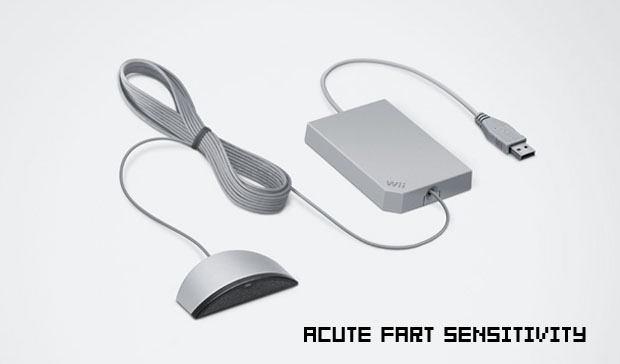 What comes in the Nintnendo Wii bundle for Capcom’s Monster Hunter Tri? First off, it’s a black Wii. That’s nice. Another nice perk: a black Classic Controller Pro. And to facilitate chat in online play? The Wii Speak microphone/speaker device.

Now Monster Hunter fans can have everyone in their living room hear what’s going on in the living room of all their silly online friends. Nah, it could be cool as long as parents weren’t fighting or no one farts. Nice, Do Wanty bundle, though no price is listed yet. The game and this bundle will be released in Aprili.