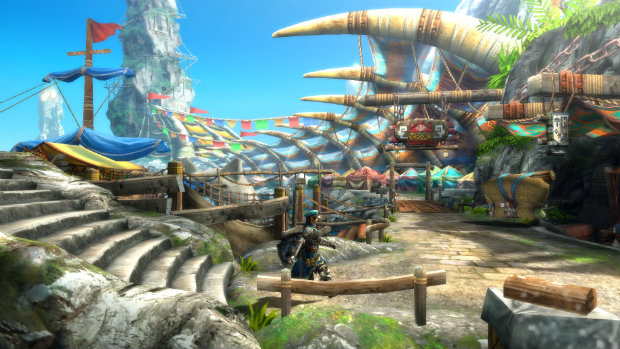 Capcom community specialist not thrilled with decision, either

“I’m not thrilled with the servers being split, either,” Araujo wrote. “I am definitely aware of the demand and feedback, not only in this thread, but also from threads before finding out these bad news; so be sure that I will pass it along. There is no guarantee this will change, though.”

The response from the community was split, with some arguing against the decision to region-lock the servers, and others trying to see the reasoning behind it.

“It’s just that most of the arguments for having segregated servers just don’t make sense,” wrote one user. “In terms of user load, the Japan servers had to deal with more users than US and EU combined. Doesn’t make sense.”

“Whoever thought it was ‘smart’ to split the servers, IMO, needs to be fired. There is absolutely no reason for NA and EU to be split, not one at all. It’s actually really ****ing stupid,” another user wrote.

“Not sure why everyone is so surprised,” one user tried to reason. “I suppose I’d be annoyed if I couldn’t game with my friends from other regions, but a deal breaker?  Surely you didn’t expect combined servers to absolutely be in, right?

“Anyways, I feel for you guys but I think that raging and refusing to buy a game seems a little outrageous,” the forum member added. “They’ve done a lot to get this game to us in any form at all, and we don’t know all of the details nor the rationale for doing this yet.”

And the discussion continues from there — a constant back and forth of disappointment and attempts at reason.

Monster Hunter 3 Ultimate will launch for Wii U and 3DS on March 19 in North America, and March 22 in Europe. It will offer keyboard support on the Wii U via a day-one patch.