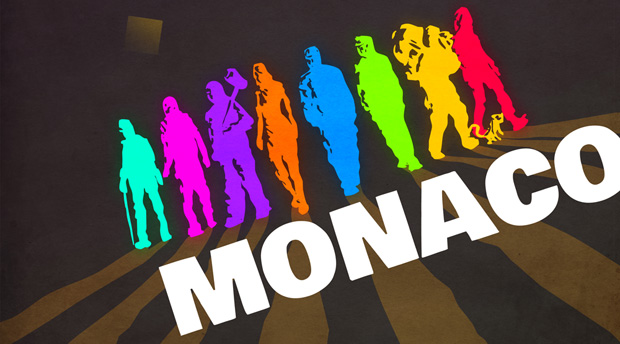 We have been looking forward to playing Monaco: What’s Yours is Mine from the comfort of our own homes for years now. The cooperative stealth-action game has taken some big awards in that time, including the 2010 Independent Games Festival’s Seumas McNally Grand Prize, so it’s not just us, either.

After a long wait, the platforms have been announced for Monaco. It’ll be releasing on Xbox Live Arcade and PC/Mac (both on Steam and as a direct download), though the exact date hasn’t been disclosed yet. The former version is happening thanks in part to publisher Majesco, while the latter will be self-published by designer Andy Schatz.

It’s been a while since I have personally gotten to play Monaco, so what’s shown in these screenshots seems noticeably expanded and more polished. Can I go blind until it releases? Probably not. Check out the official website and Facebook to possibly get into the current PC beta, if you’re down.