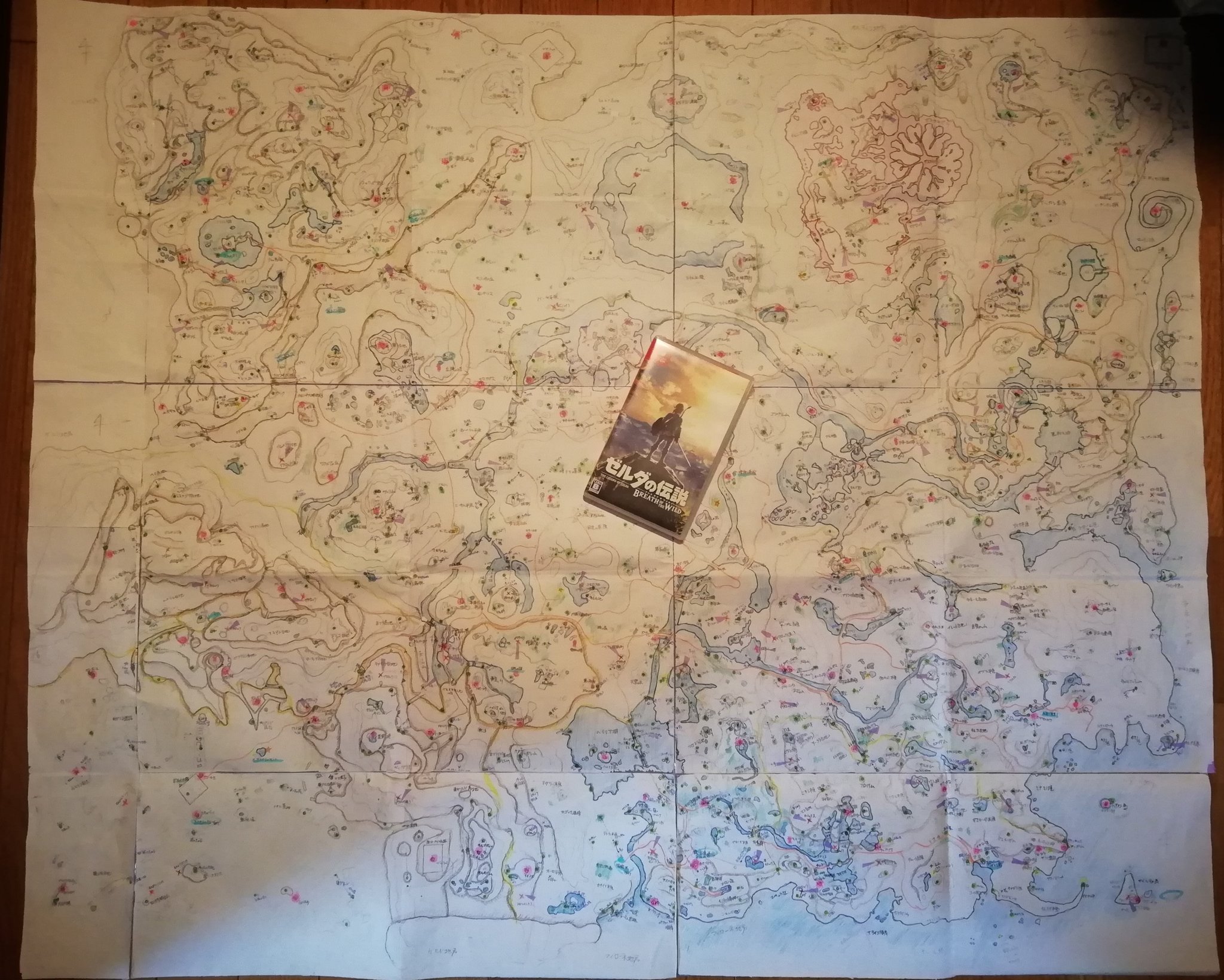 I would use this in a heartbeat

There’s nothing better than a hand-drawn note for an RPG.

I’ve talked about this a lot, but back before the days of walkthroughs, you basically had to take notes if you wanted to get through some of the more complex offerings of old. Scrawling down a dungeon layout and giving it to a friend could help them clear a JRPG in a pinch, and although I had a penchant for memorization, it always helps to refer to those trusty “back of the instruction manual” note sections (RIP).

But even in the age of YouTube and guides, this solution takes the cake. Twitter user itika89 posted a picture of a hand-drawn map for Zelda: Breath of the Wild, one of the few games in recent memory that basically needs something this detailed. Here’s the thing though: they say their mother crafted it for them, and went above and beyond some guides to put in enemy and boss locations.

They even put a Nintendo Switch case down next to the map so it could show its scale: and it’s massive! My mom used to give me Paperboy NES tips but this is something else.