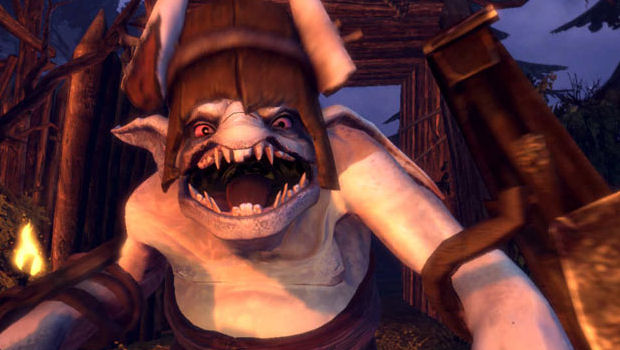 Designer and snake oil salesman Peter Molyneux has dared to criticize Kinect, admitting that it has some problems as an input device while still making sure to heap oodles of praise upon it.

“I’ll admit that Kinect has got some problems,” he said. “As an input device it has some real problems. Without a thumb stick, navigation is a real problem. You haven’t got any buttons, so ordering the player to do something can be somewhat of a problem.

“But what Kinect does have is a great sense of freedom and emotion. So that’s what we’ve tried to do with Fable: The Journey.”

Molyneux has insisted that his Fable spin-off isn’t on rails, like most of the “core” Kinect games we’ve seen. He says this in spite of the fact that everything we’ve seen of the game so far looks like it’s on rails. He’s also repeatedly claimed that he can prove it’s not on-rails, but the only “proof” so far is that he wrote “It’s not on-rails” on a whiteboard.

Call me a cynical ol’ Atheist, but something isn’t proof just because it was written down somewhere.