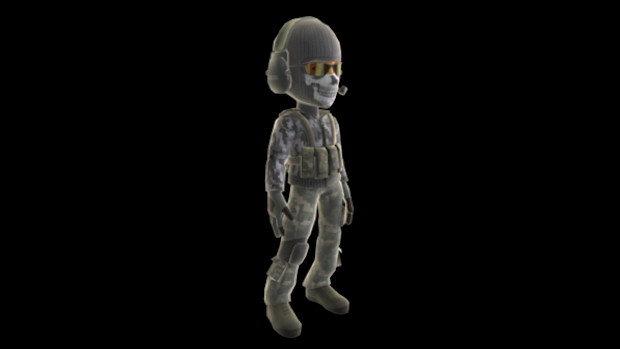 Last week we talked about Modern Warfare 2‘s upcoming Avatar gear, some of which was suggested might be free. Well, it’s out tomorrow, but it sure as heck ain’t free! Step right up folks, for a cavalcade of digital clothing that will cost you plenty of fake Moon Money.

Robert Bowling confirmed via Twitter that Infinity Ward was uploading new MW2 Avatar stuff and showed off the Ghost outfit pictured. He also made sure to let PS3 owners know they weren’t being left out, with a selection of Dynamic Themes planned for the Black Box o’ Blu-ray.

Bowling said also that he asked for some free goodies, but was “denied” by some mysterious authoritarian entity. So there you go. If you’ve got some money left after buying the Prestige Edition, the premium strategy guide, and the energy drink, you’ll have plenty more content to buy!