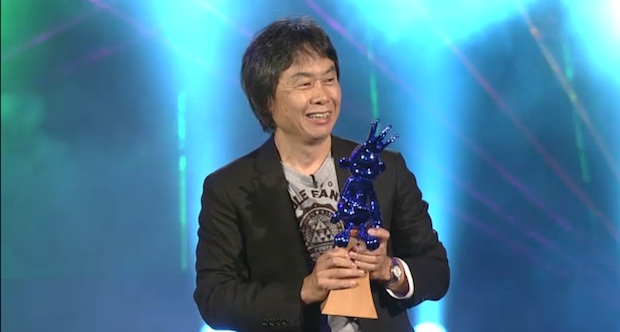 At tonight’s Spike VGA awards, Shigeru Miyamoto took the stage to accept an award for the induction of The Legend of Zelda into the hall of fame. He took the stage like a champ, coming out of the floor and fog to accept the applause and eventually a standing ovation. His peers looked on in adoration.

Miyamoto gracefully accepted, giving a short speech in English. He said that he and everyone else at Nintendo are humbled at the love and support for the Zelda series.

This was the first Spike VGA Hall of Fame honor awarded.