So when the developer behind those titles, IO Interactive, announced Mini Ninjas — a multi-platform family-friendly title based on an original IP — some gamers were a bit stunned by its direction. What, we can’t choke people with piano wire?

“I think that it’s at least partly to do with the fact that we’re getting a little older, and many of us have kids and family now,” Mini Ninja‘s Game Director Jeremy Petreman tells me. “We’ve been in the business for a many years and we wanted to break into new genres.”

“And perhaps we also have an unreasonable love of ninjas,” he adds. 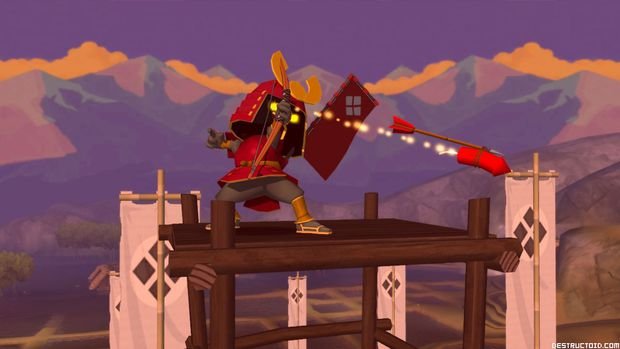 Mini Ninjas is an action-adventure title that takes place in what Petreman calls IO’s “own little version of feudal Japan.”

“We wanted a very authentic feeling world with a little bit of magic in it,” he says.

The game gives players the ability to control six different wee-sized ninjas, each with his or her own unique skill and weapon set. An example: The game’s main character, Hiro, has the ability to take the form of various animals which he can then use to trick or attack his foes. The game has a cartoon-like, light-hearted feel that stands in stark contrast to IO’s previous titles.

For veteran gamers with distinctive tastes and those looking for something possibly meatier in their games, it could be easy to overlook Mini Ninjas as nothing more than a simple title. Perhaps fun and cute, but ultimately a one-dimensional title designed for children. Petreman assures us there’s more than meets the eye. 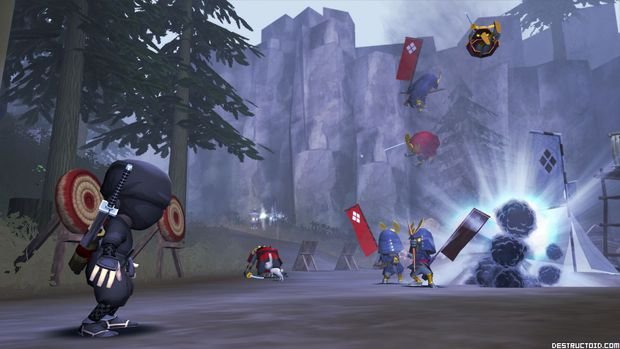 “We set out to make a game that was very kid-friendly, but also had layers of depth hidden beneath the surface for more hardcore gamers to discover and enjoy,” he tells me. “That metaphor runs deep into the design of the game as well, as many of those additional layers are literally discovered when the player chooses to explore off the main path of the ninja’s journey.”

He gives me example, where the player may venture off into a thicket of forest where they’ll discover a shrine, imbuing them with a new magic technique. These techniques, he tells us, can add new complexities and different attack possibilities to enemy encounters that he hopes experienced gamers will enjoy.

While many titles geared a younger audience may be commercially successful, you’ll almost never hear anyone arguing that, say, THQ’s Cars: Mater National stands up to the universally acclaimed BioShock. With the exception of games developed and published by Nintendo (and perhaps Insomniac Games and its Ratchet & Clank series) titles that could be seen as kid-friendly usually don’t sit well with the critics or “hardcore” gamers. I wondered: Is it possible to develop titles that bridge that gap, and who’s willing to take that chance?

“I’ve thought about that a lot over the course of the development,” Petreman says on the subject. “I definitely think that it is possible to create games that are successful for younger audiences.” 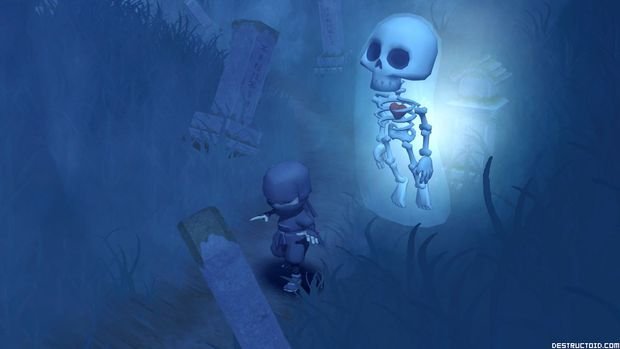 “For us with Mini Ninjas, I would say that [the game’s publisher] Eidos took a real leap of faith with the concept at the beginning,” he continues.

“They quickly fell in love with the characters and saw potential in the concept, so we were lucky in that way that they believed in us and knew that we had the years of experience to back up our promises. Not everyone has a publisher which is that willing to take a chance.”

It remains to be seen if the game will be both a commercial and critical success. But IO hopes it can continue to work with its new, original IP in the future.

“We have gone very deep into working out the back-story of the Mini Ninjas universe,” Petreman says.