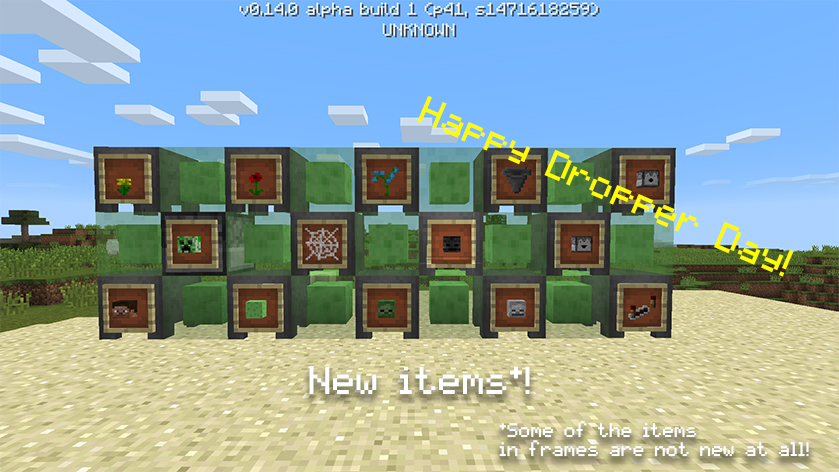 In case you weren’t aware, a team over at Mojang started work on the Pocket Edition of the game, which sought to move the series out of the Java world and into C++. The project started in 2011, and it still hasn’t caught up with the standard PC edition. This includes the Windows 10 version of Pocket, which is currently also on PC. Confusing, right?

Well, they’re aiming to make it less so over time. I had a chance to speak to a Microsoft rep this week, who noted that the goal is to really get Pocket Edition to a place where it can reach the full potential of Minecraft, spread across multiple platforms. Right now you can play the mobile version with Windows 10 by way of Cross-Play, and Microsoft wants to expand upon that as much as possible, while keeping the original Java version updated as well.

This week a bunch of new objects were added by way of the beta program, which you can test by signing up here. Currently my Minecraft platforms of choice are the real PC edition for solo play, and Xbox One for multiplayer.