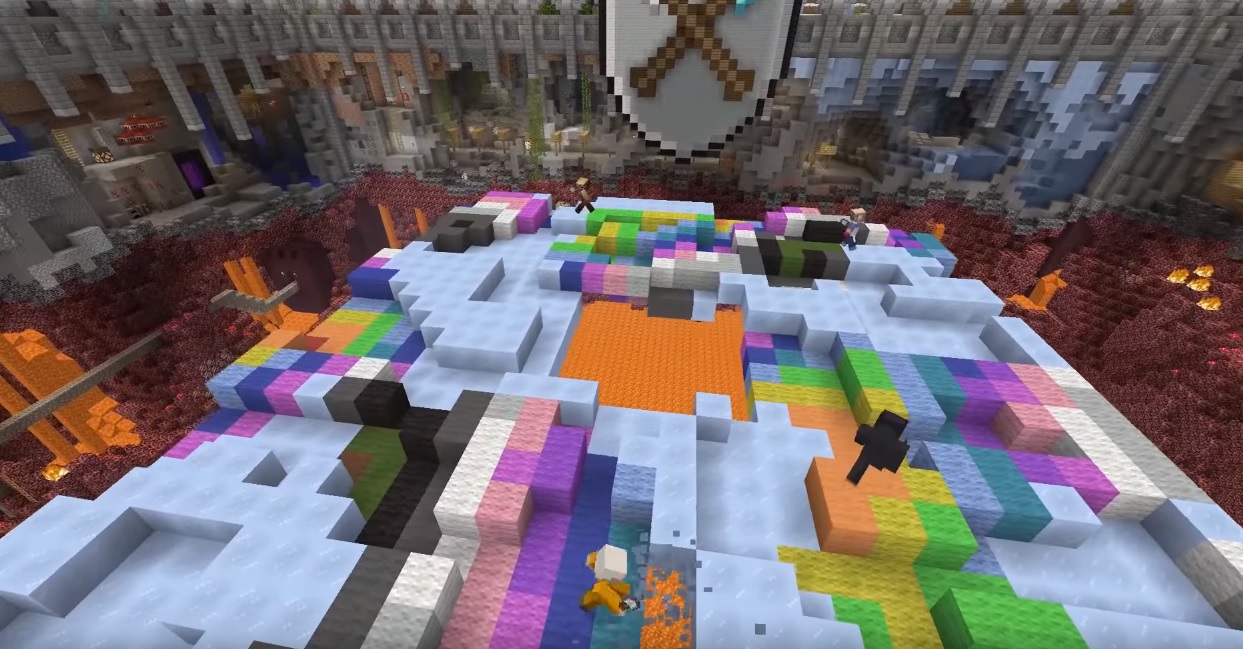 It’s been a pretty great year for Minecraft. After spending years playing catch-up to the infinitely expanding PC edition that Mojang and Notch crafted so many years ago, Microsoft is finally moving the series forward with new content.

That includes the “Tumble” minigame, which sees players battling it out on a giant platform that’s slowly being chipped away, with a giant pit of lava underneath. It’s something that would look right at home in a Mario Party game.

Much like the Battle minigame, this one is also free on consoles, and can be played both online and via split-screen right now. With more updates like this, it could be a legitimate contender in my party game lineup.