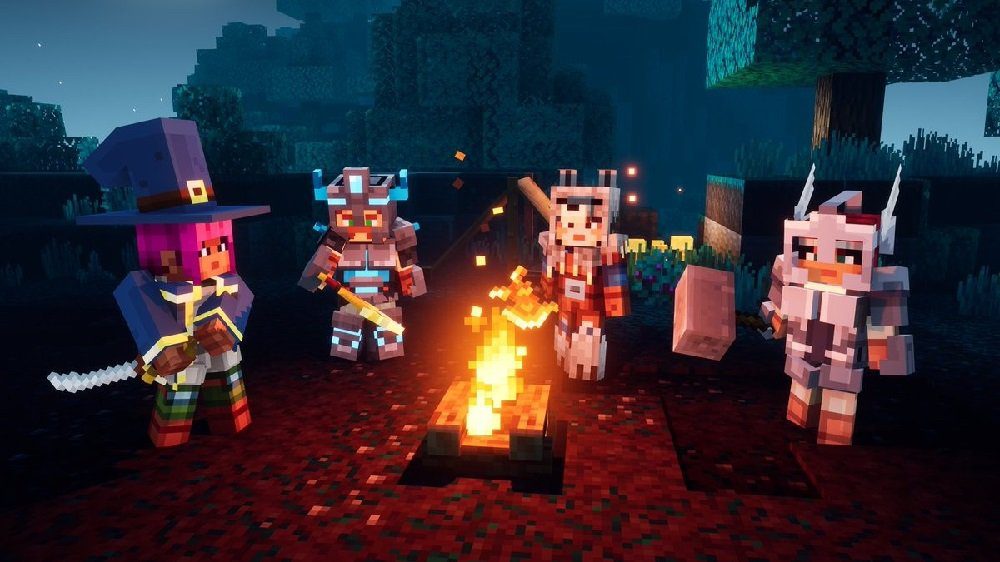 Mojang has announced that its cubic fantasy adventurer Minecraft Dungeons will be adding cross-play support next week via a scheduled update. As of November 17, players on PS4, PC, Xbox One, and Switch will be able to rally together for exciting escapades within the creepy caverns of the Overworld.

Released back in May, Minecraft Dungeons won over a loyal army of followers with its charming and cutesy aesthetic, as well as its stripped-down approach to the dungeon-crawling genre, making it an ideal adventure title for families and kids to enjoy together.

December will also see the launch of third DLC expansion Howling Peaks, bringing new dungeons, enemies, gear, and missions to the title. The continued drip-feed of continued, coupled with the cross-play update, should help consolidate the Minecraft Dungeons playerbase and thus extend the title’s life-span for the foreseeable future.

Heroes, are you listening?!

Cross-platform play arrives on November 17 for Nintendo Switch, PlayStation 4, Windows and Xbox One! Itâ€™s almost time to join forces â€“ whatever platform you play on! pic.twitter.com/wDusUWYYOY