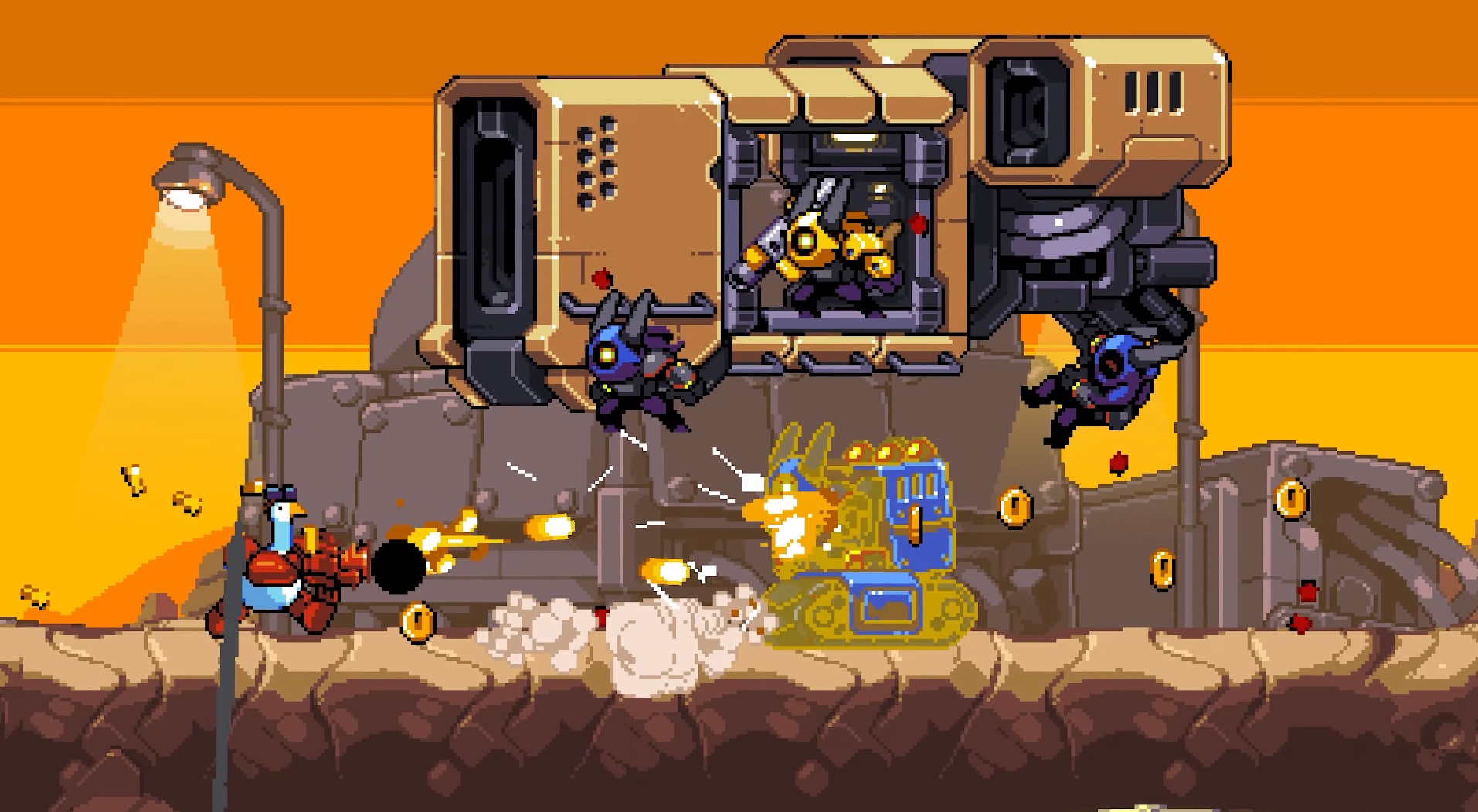 While big publishers are announcing new games out of thin air this year, indie developers have been hard at work unveiling their creations too: including this new eye-turning game from developer Blastmode/MP2 called Mighty Goose.

With geese being all the rage now it couldn’t have come at a more perfect time; and the Nitrome-esque art style combined with the Metal Slug gameplay is going to be an instant sell for a lot of people. The gist is that you’ll control the titular Mighty Goose (a buff creature with robot limbs) in a bid to take down the evil Void King.

The game boasts “screen-filling bosses,” customizable upgrades, vehicle mechanics and a “synth-rock/jazz-fusion” soundtrack. You can check out the trailer below as well as the Steam page for more info. Publisher Playism has it pegged as arriving in 2021!