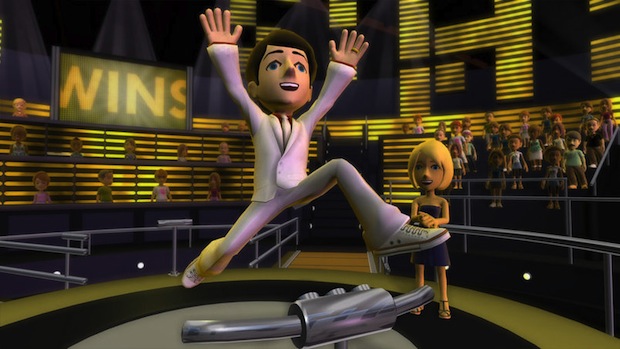 One of the most well-received experiments of the Xbox 360 era was the interactive adaption of popular gameshow 1 vs. 100. The social trivia experience is fondly remembered by most, and fans have expressed their interest in its return. While that’ll likely never happen, Microsoft looks to have something similar up its sleeve.

Speaking with Polygon, Microsoft Studios’ Dave McCarthy said “We will do something in the future for Xbox One that is like [1 vs. 100], because spiritually we thought it was a pretty cool experience, ourselves.” He also added “It has a good image here. The approach is something we really enjoyed.” Phil Spencer originally hinted last May at this style of game returning to the Xbox service, but McCarthy’s words seem to be a bit more concrete.

Judging by the fact that 1 vs. 100 had more than 114,000 concurrent players at it’s peak, the game appears to have a good image among Xbox Live users, as well. A new title along the same lines could go a long way toward swaying people to the Xbox platform. It may not necessarily be a system seller, but it might be a damn fine reason to keep coming back to the Xbox One.

Microsoft: Something like 1 vs. 100 coming to Xbox One [Polygon]