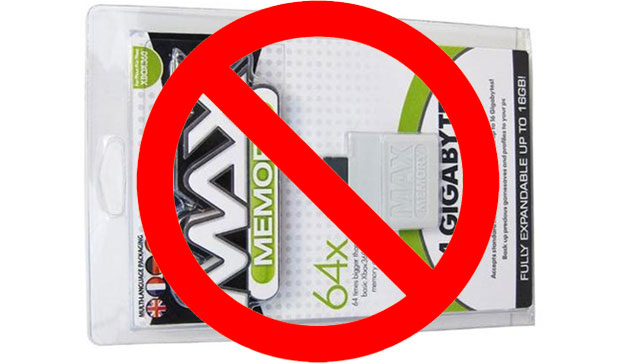 Chances are you’ve already heard how the forthcoming Xbox 360 update isn’t going to play nicely with “unauthorized storage devices” aka all memory units that aren’t licensed by Microsoft. It’s a bummer considering how expensive the company’s storage devices are, no doubt about it.

Patrick Klepek at G4TV got a spokesperson from Microsoft to explain why the decision was made, in addition to what would happen to those who didn’t obey the new rules. According to the rep, Microsoft is looking to “protect the Xbox 360 and Xbox LIVE service from cheating, which is the primary purpose and use of these unauthorized MUs.”

I understand that cheating and/or piracy can be a concern, especially when it comes to the name Datel specifically, but really? Is it worth pissing off customers who are simply looking for affordable, fair pricing?

Apparently so, since now people will have no choice but to purchase the $29.99 512 MB memory unit from Microsoft. Those who refuse to comply by not recovering their profiles from the unauthorized MUs “will not be able to recover their profiles following the software update.”