Just for being you

Were you an Xbox Live subscriber on Xbox 360? If so, you might want to go check your email; there may be a free game or even an Xbox One waiting for you. Go ahead, I’ll wait.

Xbox has been sending out gifts to some of its patrons this morning, no strings attached. In a note that says “You’re a fan of us, and we’re a fan of you,” the Xbox team shows a token of its appreciation by offering up a free game at launch. An extremely lucky few have received emails announcing that they’ve won an Xbox One console with a host of launch games and a year of Live.

It’s a nice gesture from Xbox to offer something like this with absolutely no catch. No participation required, no obligation, just a thank you to its supporters. 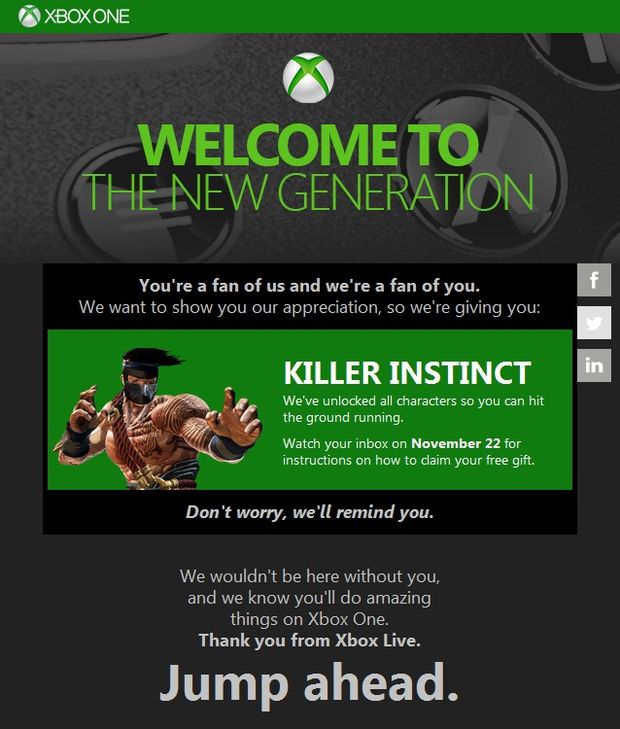