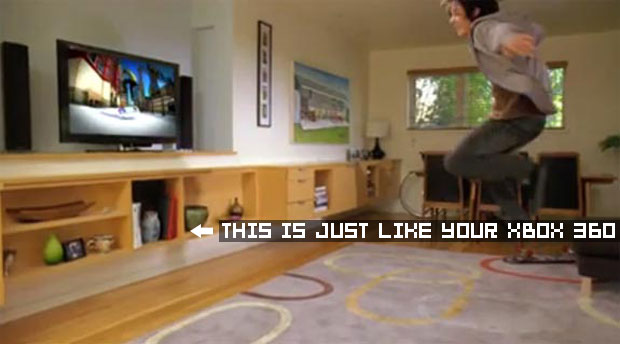 Early today when reports of Microsoft CEO Steve Ballmer confirming a new Xbox for 2010 started rolling in, we were a bit suspicious. As it turns out, we had every right to be.

Speaking with Microsoft’s Aaron Greenberg this evening on the phone, he reiterated the company’s stance, even in the face of recent rumors.

“I can tell you that we are not launching a new console in 2010,” Greenberg said in no uncertain terms.

When I half-jokingly asked him if Ballmer was privy to any hardware launch information he wasn’t, he easily laughed off the notion.

As far as what the CEO was referring to like we did, Greenberg seems to think there was a mix-up in the message. It was likely that Ballmer was simply referring to Project Natal, and perhaps used some words that might have been misinterpreted.

Speaking to the recent rumors of an entirely new console being launched next year, Greenberg clarifies that Microsoft doesn’t feel it’s necessary, as the Project Natal hardware will work with existing consoles. Like Microsoft changed how the Xbox 360 console works by using a software updated and introducing the New Xbox Experience, they believe this time they’ll be able to do it with hardware.

“We’re not going to have to require customers to reinvest in an entirely new platform,” he says. “We’re able to add [Project Natal] on top of what’s already there.”

In fact, Greenberg doesn’t even feel as if they’re halfway through the console’s life cycle, saying that they have “many, many years ahead” with the hardware currently on the market. He urges current and future Xbox 360 owners not to worry.

“This will work with your Xbox 360 if you’re buying one today, a year from now, [or] if you bought one at launch,” he reiterates.

When asked plans to create a new SKU that would bundle current Xbox 360 consoles with Project Natal hardware, Greenberg states they’re still working out the details of how their “go-to-market plan.”

”Thousands of people for well over ten years have been trying to crack the code with 3D depth camera technology,” he explains. “We’ve done that. It works. People played with it at E3. It delivers pretty amazing experiences, and now we’re getting those dev kits in the hands of all of our partners. They’re off making games, we’re making games for it. When all of that stuff comes together, we’ll get more specific about how we plan to bring this to market. But we definitely believe this will be a major part of the and we expect that millions of consumers will eventually get to experience this whole new category of controller-free gaming.”

So is there any chance we’ll see Project Natal at retail this year?

“We haven’t given any specifics on time, so I hate to start playing that game,” he says with caution, “But I think that people can do the math and figure out that if we’re just starting to make games today, that this is not something that’s coming in the next few months, that’s for sure.”