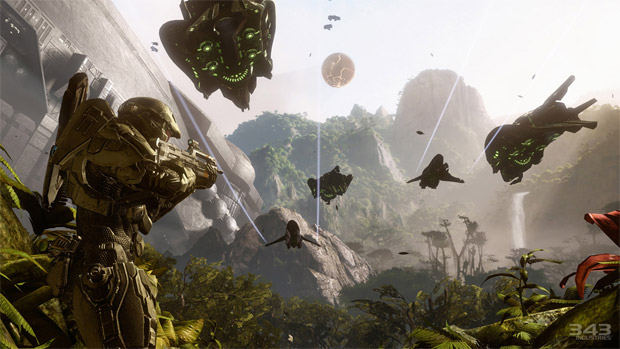 Halo on your PC?

From the sound of it, there will soon be no escape streaming games. Sony will use Gaikai to stream PlayStation 3 games to PS4, there’s also the PS Vita TV, and similar functionality is planned for Steam users who purchase or build a SteamOS-powered machine. According to The Verge, Microsoft is putting together a cloud gaming service of its own.

The company reportedly showed off an internal prototype which had Halo 4 streamed to a Windows Phone and a PC from the cloud. Even if this doesn’t become a direct response to Sony’s backward compatibility solution, that sounds like something I’d be into — assuming it works well enough. Apparently, the latency on a test with the Lumia 520 was 45ms.

I’m skeptical of cloud streaming in its current state, but conceptually I am on board. With enough of these big players trying to one-up each other, perhaps the technology will get to where it needs to be to provide a good user experience before too long.