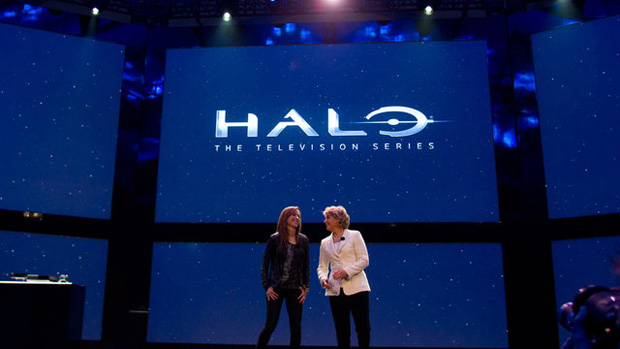 Halo and the E.T. landfill documentary are thought to be safe

[Update: In an internal memo posted by The Verge, head of Xbox Phil Spencer wrote that Microsoft expects to close Xbox Entertainment Studios “in the coming months,” presumably once existing projects have wrapped up. The group will finish the E.T. documentary, and Halo: Nightfall and the Halo TV series “will continue as planned with 343 Industries.]

Microsoft announced plans for a wide range of original programming for Xbox, but for many of us, it’s just the live-action Halo show we want. The rest simply can’t compete. It’s now believed that the Xbox Originals lineup will be “significantly trimmed,” reports Variety.

The company is said to be reconsidering its strategy for Originals, though it’s expected that the Halo project and others far enough along in production will move forward.

Back in April, we were told about the possibility of live-action adaptations of Gears of War, Forza, and State of Decay, to name but a few properties under consideration. Even then those plans sounded hard to imagine. It has taken a while, but Microsoft now seems to realize that it should be focusing on games, not entertainment, as the core of Xbox One.