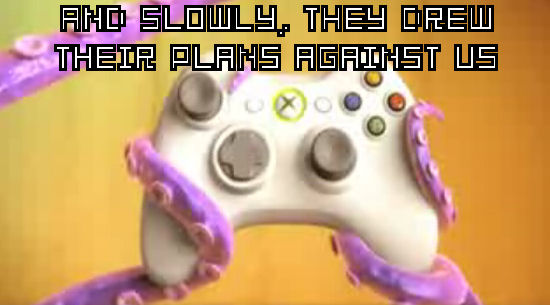 When the original Xbox first debuted in the previous generation, it accomplished two things — it introduced a viable threat to Sony’s dominance in the home console market and it paved the way for greater success in generations to come. It was almost a platform for Microsoft to enter the fray rather than something perceived as a PS2-beater. It was a strategy that worked and apparently, a strategy that’s still in place.

Microsoft regional entertainment director Neil Thompson recently spoke to MCV recently in an interview where he described the Xbox 360 as a stepping stone. It would appear that, like with the Xbox, the 360 is something Microsoft wants to use to bridge gaps so that the home entertainment market can be seized in the future. A subtle takeover of machination, rather than a swift and bloody coup.

“I don’t think it’s as binary now as it was with the previous generation. It really depends on your criteria of ‘winning’. If we keep doing what we’ve been doing, I think when people look back on this in the future they will see this as a very successful stepping stone in Microsoft’s broader entertainment vision.”

Is this just a cynical way of Microsoft saying it doesn’t care how well the Nintendo Wii is doing now that it’s kicking everyone’s arse, or is there truth in Thompson’s words? It’s certainly not uncommon for Microsoft to play a long game (just look at the way it handles Windows) and it certainly worked last time around. Both Sony and now Microsoft have promised that this is going to be a lengthy war — who’s going to stick it out?