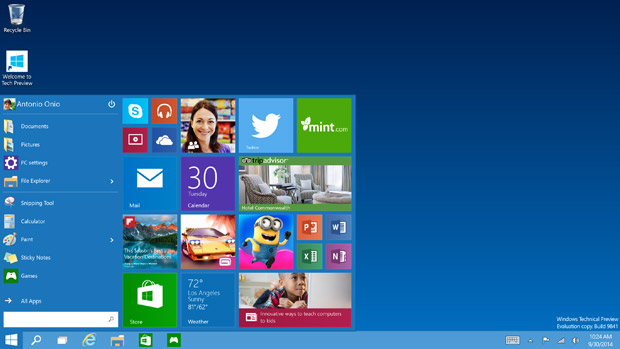 ‘One product family, with a tailored experience for each device’

The guy’s face in the thumbnail says it all.

Microsoft has announced the name of its follow-up to Windows 8 and it’s, uh, Windows 10. Yeah, really. The new operating system is meant to run on all sorts of devices — whether they’re touch-controlled or use a mouse and keyboard — as a singular platform. One product family.

“Whether you’re building a game or a line of business application, there will be one way to write a universal app that targets the entire family,” said Microsoft. “There will be one store, one way for applications to be discovered, purchased and updated across all of these devices.”

As a Windows 7 user, this looks far more appealing than Windows 8 did, which is something, but change is scary. Nice to see that start menu from day one, though.