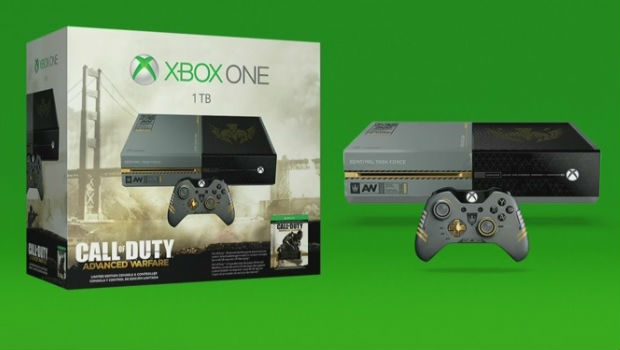 Call of Duty: Advanced Warfare is getting a special Xbox One bundle later this year, and it comes with some exclusive hardware. For starters, the included HDD is 1TB, which is an upgrade from the 500GB standard model.

You’ll also get a custom controller and headset, as well as the Day Zero Edition of Advanced Warfare. It’s interesting that the console is part black and part grey — it’ll definitely stand out in your house. It’ll run you $499.99.