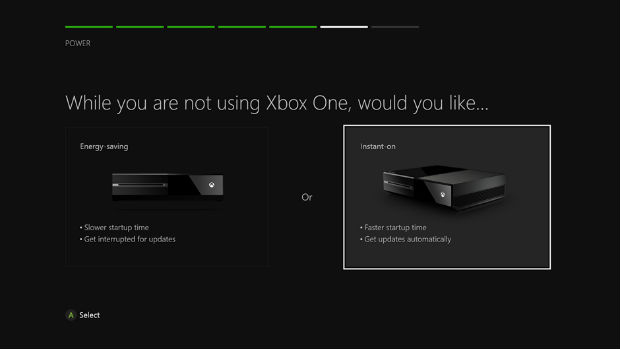 Will be a bootup option later on

Since the launch of the Xbox One, it hasn’t exactly been a power-friendly console. The Natural Resources Defense Council came down hard on Microsoft last year for the “Instant On” feature, which consumed a ton of power while in its standby state. To combat these allegations, the publisher has implemented more efficient updates to reduce said consumption, as well as enact a choice of “Instant On” or “Energy Saving” for new consoles in the near future. Europe already had the option presented at launch.

Microsoft downplays the need for this a bit by stating that on average, turning it off saves “$6 to $15 a year,” noting that having updates download constantly without waiting is worth the cost. Personally, I leave the option off to have a clean reboot every time I turn on the system, since I’ve had less crashes and glitches that way. Same with the PS4 and its standby mode — I just leave it off.

Putting the Power in Xbox One Owners’ Hands [Xbox Wire]