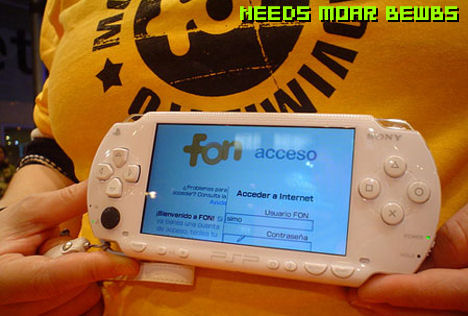 Microsoft has taken a swipe at Sony’s PSP, giving the platform a dressing down for having plenty of the right tools, but using none of them well.

“The PSP is a reasonably successful product at the profit-and-loss level. But as a product concept, there are cautionary tales to learn from it,” stated MS’ hardware chief, Robbie Bach.

“While it is good at producing audio, it’s not a good music player because it doesn’t have local storage (except for flash memory slots). You can’t keep your music there. It has a beautiful screen, but you can only get the video under the Universal Media Disc format. That format hasn’t been successful. On a game level, it has done well. But even there, it is mostly PlayStation 2 ports. There isn’t much original content. When you do these devices, they can’t be pretty good at a lot of things. They need to be great at what they do.”

You can’t say Bach didn’t skimp on the brutality there. A fairly dire assessment of the PSP, but he’s not saying anything wrong about the system, unfortunately (and this is coming from a PSP fan). The PSP tried to be a jack of all trades and mastered nothing, when most people would have liked to just have a quality game player. Sony’s plans for a “walkman for the 21st century” came unstuck when the PSP failed to excel at any of its services. Oh well, I still like the little bugger.