Residents of the U.S. and Canada can throw their names in the hat to win one of five limited edition Xbox One X consoles, emblazoned with the motif of Marvel’s billion-dollar making Black Panther movie.

The five winners will receive one of the sexy units, bearing the visage of Black Panther and his erstwhile usurper, Killmonger. Also included is a 4K Blu-ray of the movie, domestically the highest-grossing comic book flick of all-time. Remember when people said it was “scraping-the-barrel.” No, not when they said it about Ant-Man, or when they said it about Guardians of the Galaxy, I mean that other time people said a Marvel movie was going to flop “because no-one knows who those characters are.”

All entrants must be over 13 years of age and be a resident of the United States or Canada. That rules me out. If you wish to enter, just head on over to the official page and sign up. The contest closes on May 29. I hope you win! 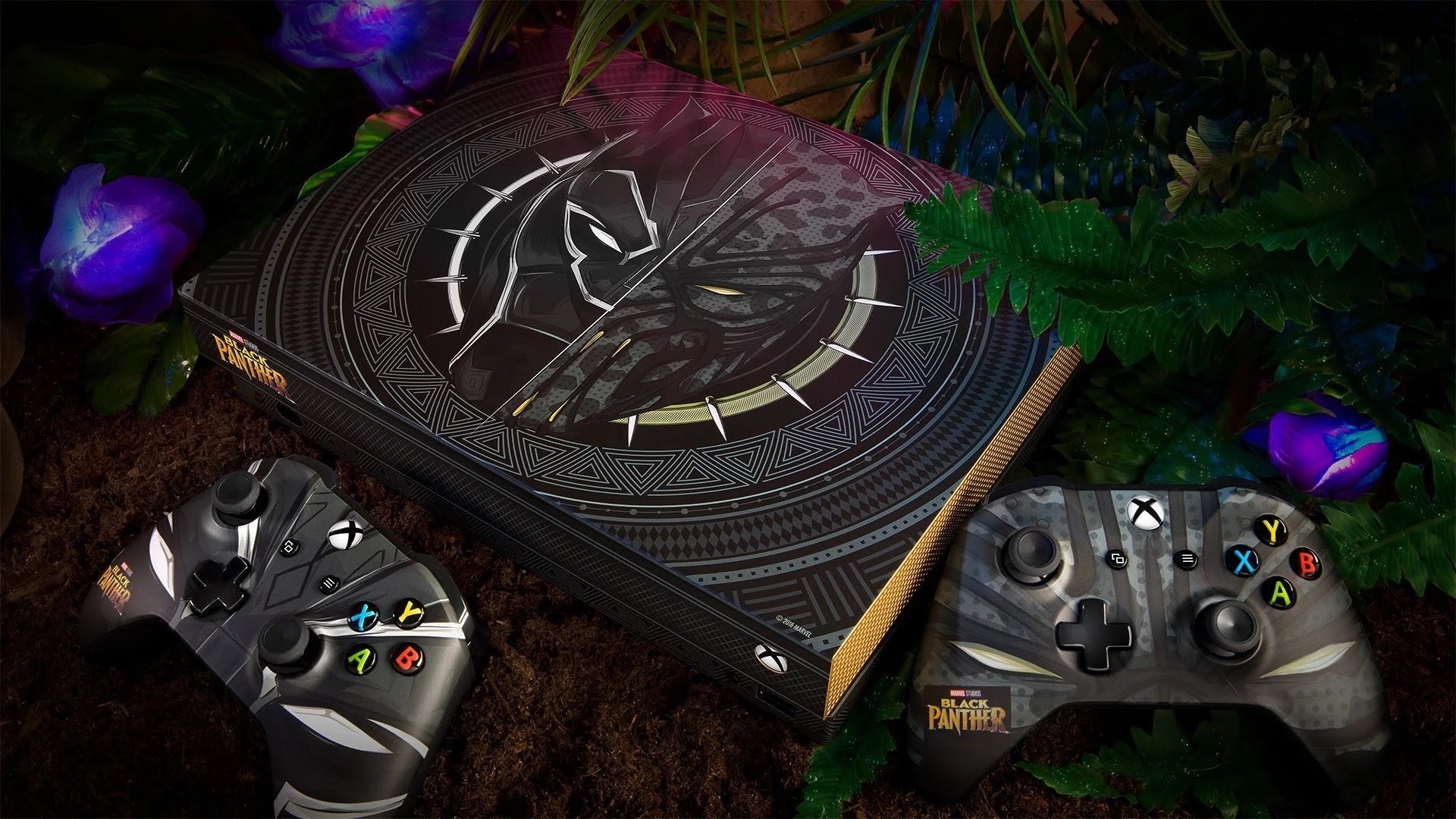