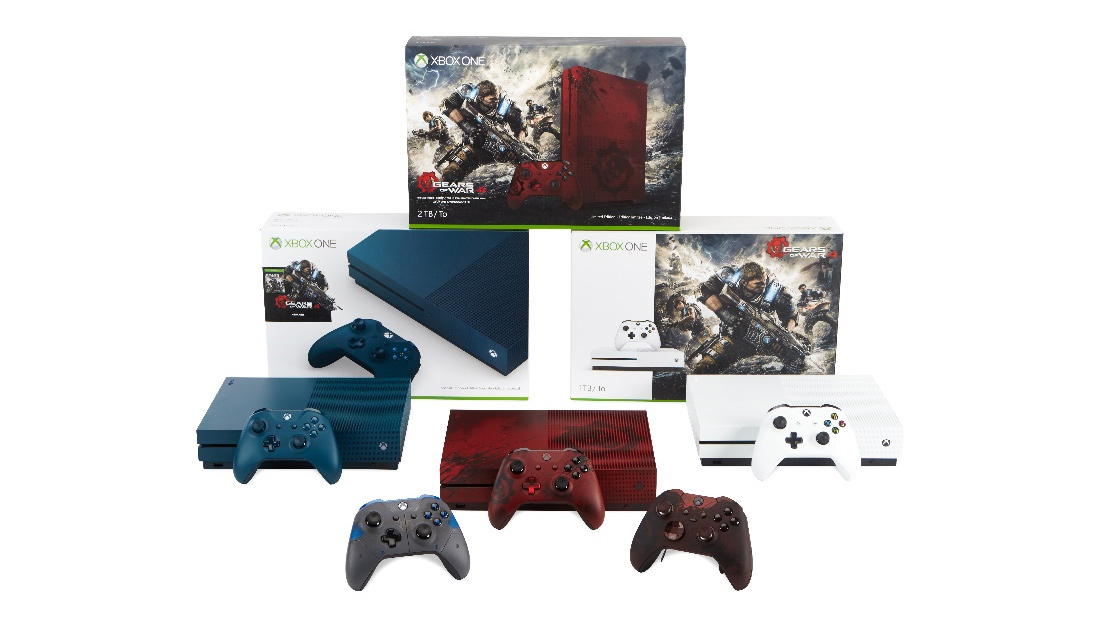 To go along with that decked-out Gears of War-themed crimson Xbox One S, Microsoft has a couple of other, more affordable system bundles on the way.

Meanwhile, I’m over here amazed at the fact that the new Gears has Rock ‘Em Sock ‘Em Robots.

Filed under... #Gears of War#Hardware