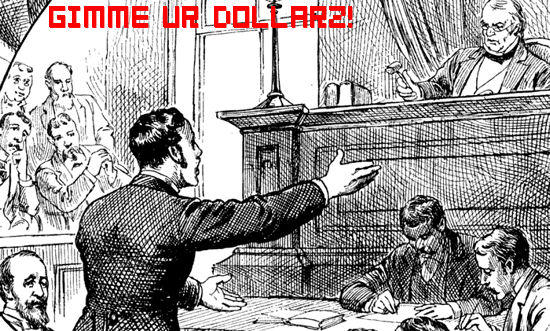 A Georgia man is filing a suit against Microsoft after receiving unwanted Xbox Live charges, Information Week reports. Francisco Garcia claims that The ‘Soft sold its subscription to a minor when the boy stole his debit card to nab a $49.99 year’s subscription. The worst of it came a year later, when MS automatically renewed the subscription, overdrawing the troubled father.

Garcia was hit with a $35 bank charge thanks to Microsoft’s shenanigans, something the company didn’t cover when it returned his Xbox Live charge. For “fraudulently [inducing] a contractual relationship for Xbox Live services,” Garcia now intends to take his would-be gaming provider to court.

Francisco states that it was against Georgia law for Microsoft to allow his son, Silvario, to buy a subscription, and that not obtaining written permission to renew Xbox Live “flouted consumer regulations.” Furthermore, he’ll be petitioning to open the case up so others in Georgia may jump on the gravy train.

Microsoft wants the case dismissed and says it can prove Silvario lied about his age to make the payments, which is fair enough. If Francisco wants to sue someone, it should be the inventor of the debit card. Seriously though, Microsoft, what’s thirty five bucks to you guys? Just pay the man his damn charge.