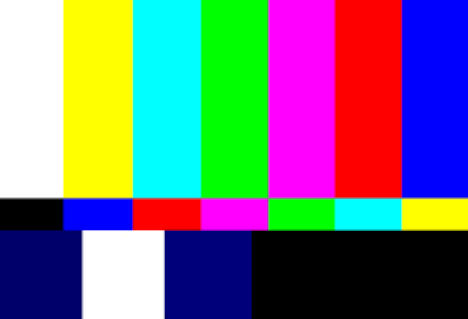 Only one day to go before Microsoft publicly reveals the New Xbox Experience. Are you excited? Are you hyped? I guarantee you are not as excited or hyped as Microsoft itself, since it just compared its NXE to the invention of color television in 1954. Dramatic, much?

“In 1954, the introduction of color TV heralded the dawn of a new era in entertainment,” states MS in a press release. “On Nov. 19, more than 50 years after that dramatic shift, a new era in home entertainment begins with the New Xbox Experience as millions of Xbox 360™ consoles will transform instantly through the power of software.”

Referring to the NXE as a “bold new future,” where movies and games co-exist in tandem for with friends and families around the world, Microsoft has NO intention of letting this dashboard update go unnoticed and undersold.

“The future of home entertainment is Xbox 360 – it’s on demand, it’s high definition, it’s always social, it’s all in one place,” claims Don Mattrick. “With the New Xbox Experience we will reach the next generation of Xbox owners, 25 million and beyond. We are at a watershed moment, backed by the largest entertainment brands, with an incredible line up of entertainment unmatched in any industry.”

So it is confirmed. The New Xbox Experience is the most significant thing to happen to home entertainment since color television. Wow. Hit the jump for the full press release.

LONDON – Nov. 18, 2008 — In 1954, the introduction of colour TV heralded the dawn of a new era in entertainment. On Nov. 19, more than 50 years after that dramatic shift, a new era in home entertainment begins with the New Xbox Experience as millions of Xbox 360™ consoles will transform instantly through the power of software. A bold new future begins now, where high definition entertainment is delivered in an instant, the best games share the stage with the best movies, and every experience is shared with friends and families, in the same room or around the world.

By the end of this month, Xbox 360 will reach another industry defining milestone: 25 million Xbox 360 consoles sold worldwide. It has taken the leading next generation game and entertainment console just three years to eclipse the total lifetime number of original Xbox consoles sold.

“The future of home entertainment is Xbox 360 – it’s on demand, it’s high definition, it’s always social, it’s all in one place,” said Don Mattrick, senior vice president for the Interactive Entertainment Business at Microsoft. “With the New Xbox Experience we will reach the next generation of Xbox owners, 25 million and beyond. We are at a watershed moment, backed by the largest entertainment brands, with an incredible line up of entertainment unmatched in any industry.”

All your Friends and Favorite Entertainment, One Remote Control
With the Nov. 19’s launch of the New Xbox Experience, Xbox 360 owners will enjoy a limitless world where the best games, movies and experiences are ready to share with friends across the globe through Xbox LIVE:

• Xbox LIVE Party. Xbox 360 allows you to create a virtual party on your TV with up to seven friends. With LIVE Party, voice chat while you play games, share photos in real time and entertain friends all over the world.
• Bring Your Personality to Life. Create a customizable, animated avatar and literally jump into the world of Xbox LIVE. Your avatar is your game-face throughout the New Xbox Experience and represents your personality — whether you are a LIVE Party host, playing a game of “Scene It? Box Office Smash” or chatting with a friend.
• On-demand entertainment. Xbox 360 is home to the best High Definition movie entertainment, including a large online library of more than 15,000 on-demand high-definition TV shows and movies from global partners such as Constantin, Disney, MGM, NBC Universal Inc. and Warner Bros. Entertainment Inc.
• Your Personal Game Room: Play revived classics like “PAC-MAN Championship Edition,” “Galaga Legions” and “Portal: Still Alive” alongside games that literally put your Avatars in the action like “Bomberman LIVE,” “Hardwood Hearts,” “Hardwood Spades,” “Kingdom for Keflings” and ”UNO,” exclusively for download from Xbox LIVE Arcade. Xbox LIVE members will also be able to access all of Xbox LIVE Marketplace, including Xbox LIVE Arcade, and even queue content to download straight from Xbox.com.
• Games for the community, by the community. For the first time in the history of console gaming, thousands of games developed by the creative community will be available to the public. The Community Games channel on Xbox LIVE will include games made by students, hobbyists, and maybe even your next door neighbor and will be exclusive to Xbox LIVE.

Xbox 360 Puts you in the Spotlight This Holiday
While the Xbox 360 has evolved into a world-class entertainment device, it remains the best place to play. In concert with the launch of the New Xbox Experience, two entertainment heavyweights step in to the spotlight, ready to wow audiences across the world. Friday 21st Nov sees the launch of “Lips” whilst “You’re in the Movies” is coming in November 28th – two games that promise to get you on your feet performing like a star.

• “Lips” an all-new music franchise exclusively for Xbox 360. “Lips” is the only singing game that offers wireless motion-sensitive microphones and the ability to sing to a diverse list of included songs representing multiple musical genres, ranging from pop, rock and dance to hip-hop, country and R&B, as well as compatible songs from your music collection
• “You’re in the Movies” brings out the movie star in everyone this holiday season, coming exclusively to Xbox 360 on November 28th. “You’re In The Movies” is the first and only game of its kind that transports players into a magical world of cinema and hilarious improvisations. Using the Xbox LIVE Vision camera, friends and families choose a script, act it out and in minutes watch the often hilarious, always entertaining results

The World’s Biggest Names in Entertainment, All in One Place
No device offers more entertainment than Xbox 360. Today major film studios around the world unveiled their plans to offer feature films on Xbox LIVE in Canada, France, Germany, Italy and Spain, truly transforming the Xbox 360 into the world’s largest online entertainment center:
• Magnolia Pictures- The studio that released such groundbreaking and award winning feature films as “The Worlds Fastest Indian,” “The Host,” “Enron: The Smartest Guys in the Room” and “Ong Bak” will be bringing their slate of compelling feature films to Xbox LIVE in Canada and in the United States.
• Metro-Goldwyn-Mayer Studios Inc. (MGM)– MGM is bringing their library of blockbuster movies to Xbox LIVE in Italy and Spain. MGM, already available in Canada, Germany, France, the U.K. and the U.S., will offer films such as “Carrie,”
“Rocky” and “Species” on Xbox LIVE around the world.
• Paramount Pictures- Paramount Digital Entertainment will mark the two year anniversary of making their movies available on Xbox LIVE by becoming a content provider in Spain and Italy. Films such as ”Iron Man,” “Stop Loss” and “The Ruins” will be made available worldwide this fall.
• Warner Bros. Home Entertainment- Will now make 100 movie titles available on Xbox LIVE in Italy including “Interview with a Vampire’”and the Matrix Triology. Xbox LIVE in Spain will also offer 100 movie titles including “Sweeney Todd” and “One Missed Call” . Currently the studio offers content in Canada, Germany, France, UK and USA