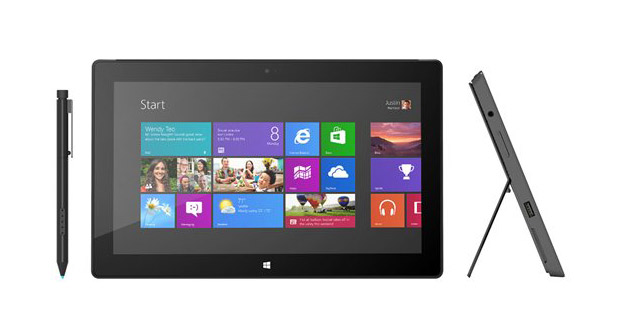 Well, after its first month out on the market, the Microsoft Surface tablet has been met with an unsurprisingly cold reception from both the PC and tablet communities. Nevertheless, Microsoft has decided to push up the release schedule of the Windows 8 Pro Surface models to January 2013.

The new Windows 8 Pro tablets will come in two versions: the 64GB model at $899.99 and the 128GB model at $999.99. Along with the Surface pen and built-in kickstand, this new breed will also be sporting Intel’s Core i5 processor to help boost its graphical capabilities. As an added bonus, users will be able to run any Windows 7 applications on the new Surface as well.

There does seem to be one major flaw to this fancy new tech though: the battery life of the new Surface tablets will be cut in half! I wasn’t really sold on the Surface tablet to begin with, but I thought I would give it the benefit of the doubt and see what would come from it. After hearing about the battery life though, I think that I’ll just stick to my iPad.