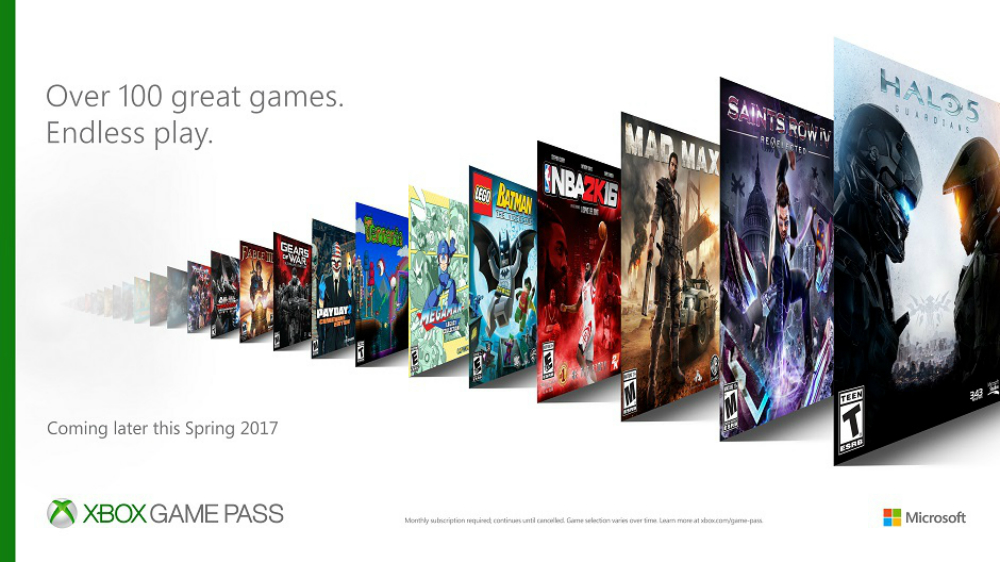 Out of nowhere, Microsoft has announced a new subscription service called “Xbox Game Pass.” The gist is that for $9.99 a month you’ll be able to access “over 100 Xbox One and backward compatible games,” in an unlimited fashion. By unlimited, they mean actually downloading them, not streaming like PS Now. All pertinent games and add-ons will be discounted for Xbox Game Pass members.

It’s an interesting move when combined with the existing EA Access system, and truly a symbol of the times. While folks are jazzed about “cutting the [cable] cord,” all of these separate publishers are moving in with $9.99 subscriptions that will eventually add up to a cable bill anyway. Granted, having the choice to go à la carte is preferable to paying for 500 channels you don’t watch. Millions of Americans would buy a Food Network/HGTV package in a hot second.