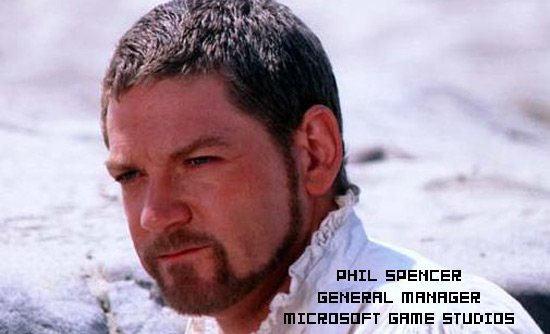 Ever since Rare announced they’d be making a handheld Viva Piñata title for the Nintendo DS, gamers have been scratching their heads and furrowing their brows wondering how exactly that came to pass. “After all,” they’d remark “doesn’t Microsoft own Rare? And isn’t Microsoft competing with Nintendo? And … ohhhhhhh! My precious brain!” Then, of course, came the seizures.

When we received a tip noting that Develop magazine had interviewed Microsoft Game Studios’ general manager Phil Spencer about the decision, I realized we absolutely had to make this public. Is Microsoft creating a brave new world where disparate companies set aside their differences for the good of the gaming public? Not exactly. Here’s a quote:

“Rare has a history in making handheld games, and titles for Nintendo platforms. When we acquired the studio that expertise was there and the team was there. As Microsoft we had a discussion – do we want to build that expertise? We decided yes, not so much because we need to support Nintendo – their platform will do fine without us – but because it is important for us to build that experience as a publisher and game developer and understand what it means to build lightweight, maybe shorter session experiences, and maintain that design innovation.”

That all seems like pretty standard PR doublespeak, but I think it’s important to remember that Rare has done almost nothing of note on Microsoft consoles, while their history on Nintendo systems is the stuff of legends. Nintendo devotees have a tendency to remember the good old days, and with ridiculous numbers of DS systems in the hands of consumers, they’d be throwing gobs of cash away if they dissolved Rare’s DS team. Yes, they win points for not firing a large group of people, but at the same time they aren’t being entirely altruistic.  It’s clever, really. Almost the sort of thing deserving of maniacal laughter, tented fingers and the repeated stroking of a fluffy white cat.