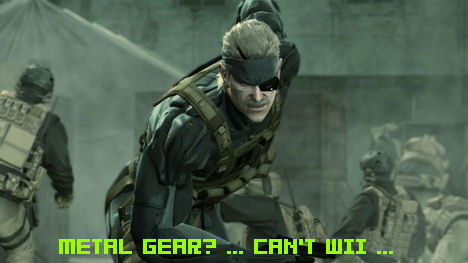 Reports are suggesting that Sony may be catching up with Nintendo in Japan, as the sales gap between the PS3 and the Wii closes. The Wii still outsold the PlayStation 3 by 1.7 to 1, even though this was the month that Metal Gear Solid 4 released.

It seems that MGS4 provided a boost (one that may prove temporary), but was certainly no Wii slayer. Not even a game with a perfect Famitsu score and the pedigree of Kojima can prove to be enough of a system seller to knock the Wii off the top spot.

The Wii has topped Japanese hardware sales for the past seven months, and it seems that nobody can stop the march of the little white waggle box. Sony might be closing the gap, but a gap still remains and it looks like it’ll take some incredible feats to close it for good.