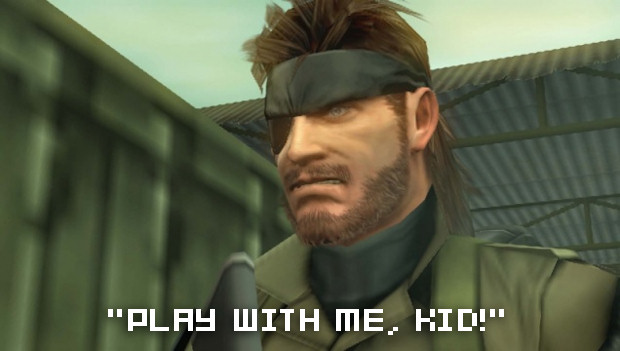 Oh Hideo Kojima, you shady old bastard, you! The Metal Gear Solid creator has explained why the latest game in his stealth series, Peace Walker, is on the PlayStation Portable, despite looking epic enough to deserve a place on the PS3. According to Kojima, it’s so that kids can play it!

“With the PS3, you’ve got a whole range of middle and high school kids who can’t play your game because their parents don’t let them play video games at home,” explains the mad professor. “Those kids can whine at their parents all day about how the game’s anti-war and anti-nukes, but they’ll just respond ‘Well, you’re still killing people with guns, aren’t you?’ and brush it off.

“I wanted to go the extra mile for gamers in that sort of situation. That was one of the reasons I chose the PSP.”

So there you go. Metal Gear Solid: Peace Walker is on the PSP so that the kids can play it (and also learn his important anti-nuke message). I’d really like to see Kojima explain that one to The Daily Mail.