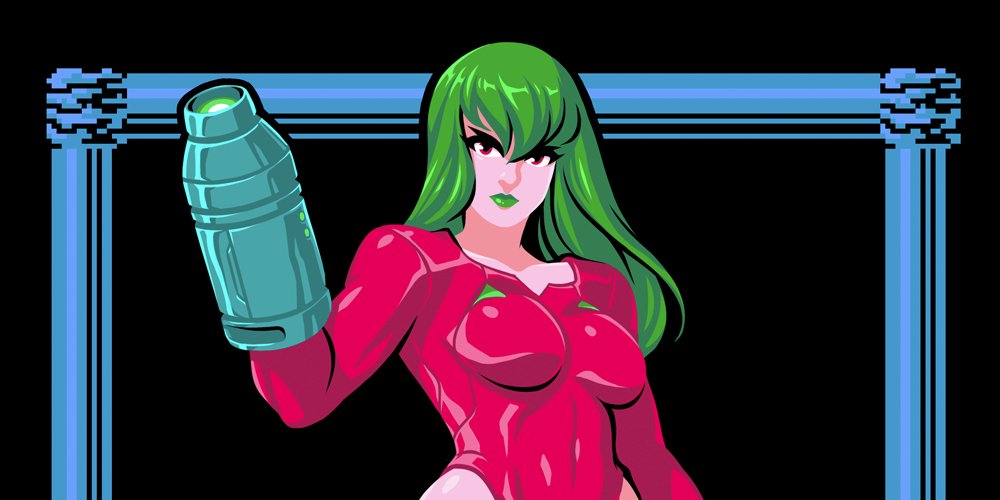 Not a lot is known about the now-scrapped game that was once called Metroid Prime 4. Some rumors say it was being worked on by multiple teams across the globe, with Nintendo directing them towards a unified vision as best they could. Others claim that Nintendo was in direct partnership with Bandai Namco on the title, and that in the end, the development process just wasn’t working. We will probably get the real story eventually, but for now, the details on why the current work on the game was tossed and rebooted, now with Retro Studios in the mix, remain unknown.

One thing we do know for sure is that this is not the first time a Metroid game was shown off in one form or another before it disappeared. Here’s a short list of a few other known games in the series that were ghosted, scrapped, or drastically altered.

If Helen of Troy was the face that launched a thousand ships, then this screenshot of Metroid II DX are the scans that launched a thousand fan games. After seeing the color remake of the Gameboy original announced in Club Nintendo all those years ago, millions of kids dreamed of what it would be like to play the game themselves. That day never came, but it did inspired the creators of AM2R to create what is arguably the best fan game of all time. Buzz around that project may or may not have influenced Nintendo to produce their own modern take on Metroid II in the form of Samus Returns.

From the looks of it, Metroid IV was developed for the Gameboy Color but was shown off at E3 2001 as a Gameboy Advance title. Those visuals weren’t going to pass muster compared to the likes of Castlevania: Circle of the Moon and Mega Man Zero, so it’s likely that this build was ditched and remade into the game we now know as Metroid Fusion. From the looks of it, they kept the “Samus and a Metroid join bodies” concept, but it’s not clear how much of the rest was lost in transition.

It’s weird that they never came back to that gravity flip move though. This was well before VVVVVV made a whole generation of kids fall in love with upside-down Metroidvania exploration. Who knows if the game would have had the same impact if an official Metroid game had implemented the mechanic back in the day.

Metroid: Zero Mission is another one that looked very different when it was first announced. The reboot/remake of the first game in the series was eventually released on the GBA in a style that took from the best of Super Metroid and Fusion, but that wasn’t always the plan. This footage, originally shown at E3, reveals that the game originally kept the big head, rubbery body look of the NES original. We can only guess about the other ways it stayed truer to the source material.

Chances are high that Justin Bailey was in this one. If she had stayed, then maybe Zero Suit Samus would have never happened.

The only things we know for sure about Metroid Dread is that it was planned to launch on the DS, and that Nintendo has officially confirmed that its existence more than once. Metroid Prime 3: Corruption references the game in a bit of text, which led many to think that when it was released, it would connect to the Wii title, like how linking Metroid Prime to Fusion unlocks content in both titles.

The screenshot above is from a Game Informer April Fool’s joke. Please do not send hate mail to Game Informer for giving a nonexistent game a 5 out of 10. If you do, they will almost definitely print it in their upcoming April issue, and trust me, life is hard when the world sees that you’ve been duped by an obvious April Fool’s joke.

After putting out Punch-Out for Wii, the team at Next Level Games reportedly put together a playable mock-up for a new Metroid game and pitched it to Nintendo. From all accounts, it was a lot of fun, and it came close to getting the green light, but then the team was put on Luigi’s Mansion: Dark Moon instead.

They later worked on Metroid Prime: Federation Force, so we can guess that some of their ideas from that old DS prototype may have made it into that much maligned 3DS title. One thing is for sure, the art direction didn’t make the jump. The Bruce Timm-style depiction of Samus above is a far cry from the chibi-look we got in Next Level’s officially released Metroid title.

There are a few stories out there claiming that MecurySteam pitched a FPS Metroid game to Nintendo back in 2015. By all accounts, they were turned down, but were later put on Samus Returns, which thankfully fared far better than Federation Force.

Still, I’m curious about what that FPS was like. I there any chance it could have been as good or better than the Prime series? It’s hard to imagine, but until anything from their pitch surfaces, we won’t have enough to speculate on. Some think they dumped all their work on the prototype into Spacelords, their free-to-play 3rd Person Shooter, but that’s just guesswork.

Well technically, there is a Metroid game on Wii U. Nintendo Land features a relatively lengthy multi-player Metroid campaign called Metroid Blast that comes complete with morphball transformations, battles against Kraid and Ridley, and the ability to fly Samus’s ship. That’s more than Federation Force offered, and that was a full priced game.

Sorry to pick on you so much, Federation Force. You deserved better than what you got. If you had been called Hello Halo Space Surprise  I think you would have been received a lot more fairly. Don’t blame yourself for what happened.

As for a full fledged Metroid game on Wii U, Miyamoto was once quite enthusiastic about the idea, naming it alongside Star Fox as a perfect fit for the system. He got his Star Fox game, but the Metroid title never panned out. Rumor has it that there were plans to take mechanics of Metroid Blast and use them in a bigger, more fancy looking title, but as the console’s fortunes continued to wane, efforts to support it with new content waned with them.

So could a high quality Metroid game have helped save the Wii U? Well Metroid Prime 1 and 2 certainly didn’t save the Gamecube, but they were both successful enough, despite the system’s relatively small install base. The Wii U gets a lot of crap, but plenty of games sold good-to-great on the thing, like Splatoon, Mario Kart 8, and Smash Bros. 4 to name a few. The fact that a game like Tokyo Mirage Sessions #FE got the green light on Wii U over Metroid is pretty wild. I love the game, but it never had a chance in hell of being a success, whereas every Metroid game starring Samus has at least broken even.

Nintendo clearly suffers from bouts of confusion about what they want to do with Metroid. I’m not sure that anyone at the company feels 100% sure about what fans love about the series. This latest development with Metroid Prime 4 is just another sign of that. Regardless, I personally like every game in the series to some degree or another (c’mon guys, you have to admit, the Ridley resurrection science in Other M is pretty fun), so my only real complaint towards Nintendo’s treatment of the franchise is that they don’t do enough with it. Side projects like Federation Force or remakes like Samus Returns are fine, but what I really want is a new game that sticks to the Metroid basics while moving the series forward.

Throw a million bucks at Matt Thorson’s team and ask him to make a 12 hour long Mini-Metroid adventure using the Celeste engine and toss it on the eShop. Celeste made more than a million in no time flat, and it’s still climbing to this day, so I can only imagine how much money Matt and his friends could make with Samus’s star power in their corner. Nintendo could also get the Hollow Knight guys on the case, or Tom Happ, or the AM2R team, any of the other highly successful indie devs who have carried the Metroid mantle in everything but name for all these years. Their options are almost too many to count.

We’ve been waiting since 2002 to see what would happens to Samus after Fusion, and I for one hope that she’s doing more than just sitting around in space jail.