Milton ‘DoctorM64″ Guasti, creator of the AM2R (Another Metroid 2 Remake) project has some serious guts. For the past ten years, just two things have kept him motivated to continue plugging away at putting the game together — his love for classic Metroid action, and his love for making video games. Despite knowing he’d never make a dime off the game, he still never quit. Regular encouragement from the Metroid fan community didn’t hurt either. Starved for a new official 2D Metroid game, AM2R has worked to fill the void left by Nintendo’s apparent lack of interest in that side of the franchise, and there are few groups more encouraging than a bunch of starving video game fans.

As anyone who’s played it all the way through will tell you, AM2R has done a fine job in filling that void. It’s even more of an extensive re-imagining than Metroid Zero Mission was to Metroid 1, and has arguably the best boss fights out of any 2D Metroid game ever.

Fans were understandably upset when Nintendo decided to pull the game from its servers over the past few days, citing the game as a piece of “copyright-infringing material.” This comic by Nerf Now is a nice summation of how many see Nintendo’s decision to come down on this free fan game. DoctorM64 sees it differently, stating on the game’s official blog that fans should “Please, don’t hate Nintendo for all of this. It’s their legal obligation to protect their IP. Instead of sending hate mail, get the original M2 from the eShop. Show them that 2D adventure platformers are still a thing people want.”

More proof that Doctor64 is a good man, and thorough. 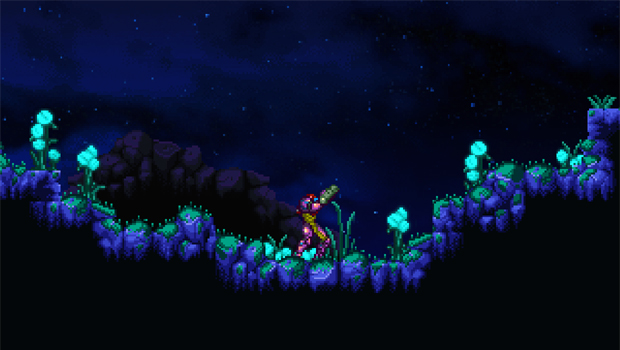 I’ve actually gotten to know the good doctor pretty well over the past few months. I just wrapped up an interview with him for the next Nintendo Force, where we talked about his inspirations, creative process, and any lingering regrets that he didn’t make AM2R into a wholly original property when he had the chance.

We’ll also have a review of AM2R from former Dtoid editor Tony Ponce, a debate about Metroid Prime: Federation Force, an interview with former Nintendo honcho Dan Adelman and Axiom Verge creator Tom Happ, and a review of Axiom Verge on the Wii U, which I just got a review code for minutes ago. It’s a heck of a lot more of a Metroid birthday party than we’ve gotten from Nintendo this year, that’s for sure. 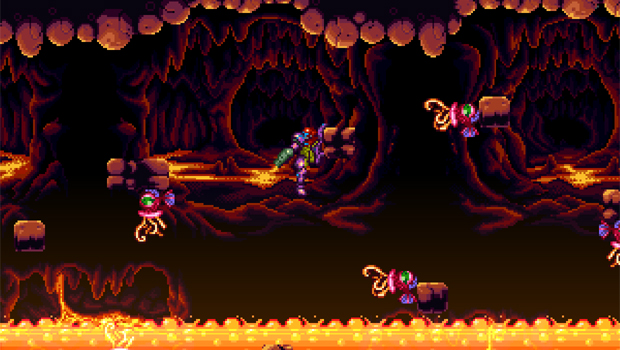 I don’t get paid extra for saying that, either. I also don’t get paid any more or less if the magazine sells better. I’m not even sure how much I get paid for working on the thing now, because if they let me, I’d do it free. Like Doctor64, I’m not in this for the cash. I’m in it for the fun, and I hope you are too. You can get the magazine here, but only if you pledge before August 23. I hope to see you in the letter pages!