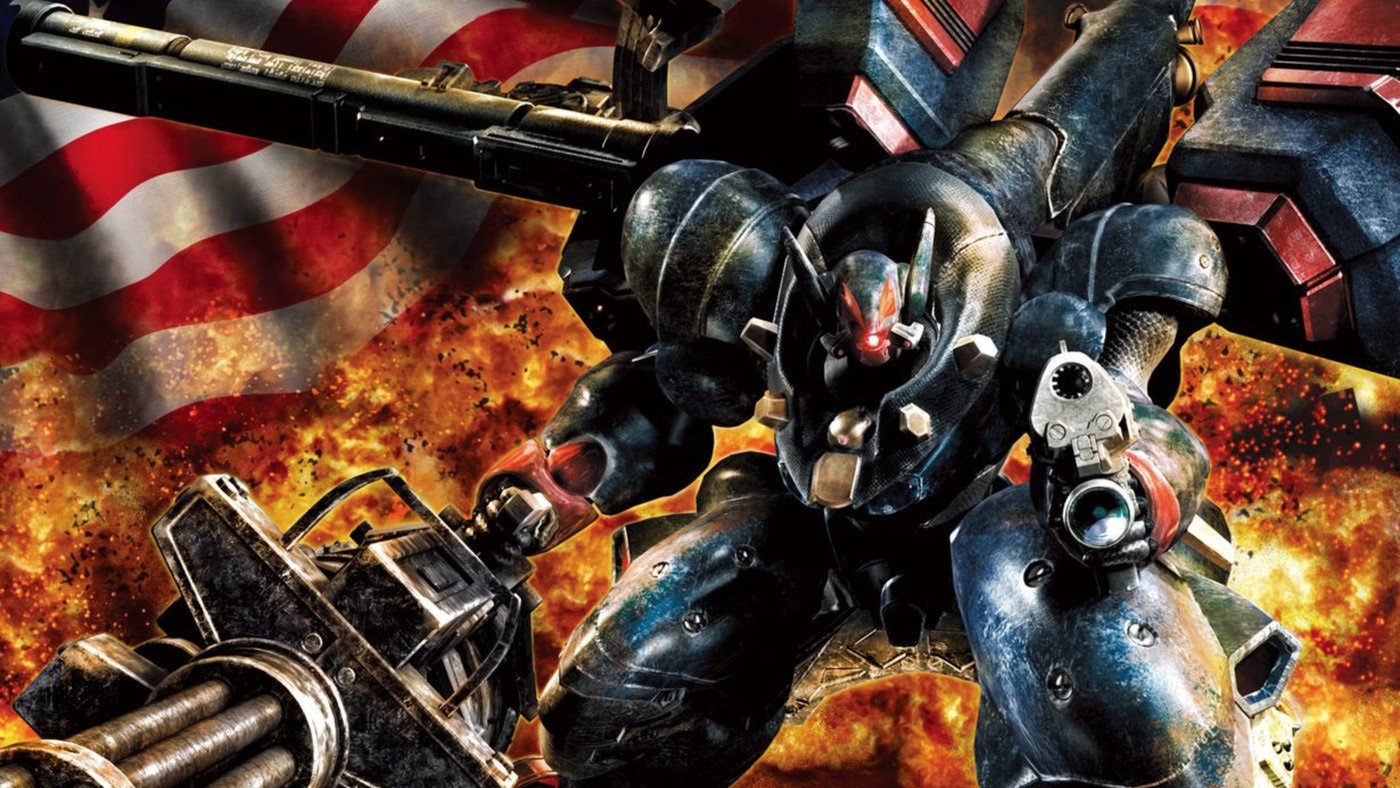 It’s deserving of the XD in Metal Wolf Chaos XD

Metal Wolf Chaos exists as a weird little anomaly of pop culture. It has become a video game cult classic of sorts, and the vast majority of its admirers have never had the chance to play it. How many other cult classics — across all mediums of entertainment — reach that status based on reputation alone?

Understanding why Metal Wolf Chaos getting a remaster courtesy of Devolver Digital is especially noteworthy requires an understanding of this game’s complicated history. In the early 2000s, From Software teamed up with Microsoft to create a mecha shooter with a ridiculous over-the-top spin on American presidential politics. (This was well before From Software was more or less synonymous with Dark Souls for the majority of people. Back then, Armored Core, another mecha shooter, was the developer’s most popular franchise.)

The reasoning for this partnership mostly behooved Microsoft. The original Xbox had struggled to catch on in Japan, and Microsoft wanted an Xbox-exclusive title from a big-name Japanese developer. It didn’t work. Metal Wolf Chaos didn’t gain much traction. When it came time to port the game for western audiences, Microsoft had lost interest. It was more focused on promoting the upcoming Xbox 360 than worrying about ports of games that underperformed. The two sides mutually dropped it.

Not only did Metal Wolf Chaos never come west, but it was also prohibitively tough to import. The original Xbox was region-locked, which meant that playing Metal Wolf Chaos required either a Japanese Xbox or modding one from a different region. That coupled with the fact that there weren’t all that many copies made in the production run has kept people from playing it, and has pushed the price on the second-hand market up to hundreds of dollars for a used disc.

That lengthy introduction should give you some idea as to why people were so goddamn elated when Devolver announced it’s publishing a re-release under the name Metal Wolf Chaos XD. After playing the tutorial level for a mere 5 or 10 minutes, I can sympathize with the celebration. Metal Wolf Chaos is dumb in all the right ways.

The premise is that fictional president Michael Wilson jumps into a mech suit and fights to take back America’s freedom after vice president Richard Hawk led a military-backed coup d’état. With different weapons on each trigger, the prez blasts, dashes, and jump-slams through idiot army men until (presumably) America is again a shining beacon of liberty. The short intro level had me blowing up flocks of foot soldiers and their helicopters before jetting away on Air Force One. 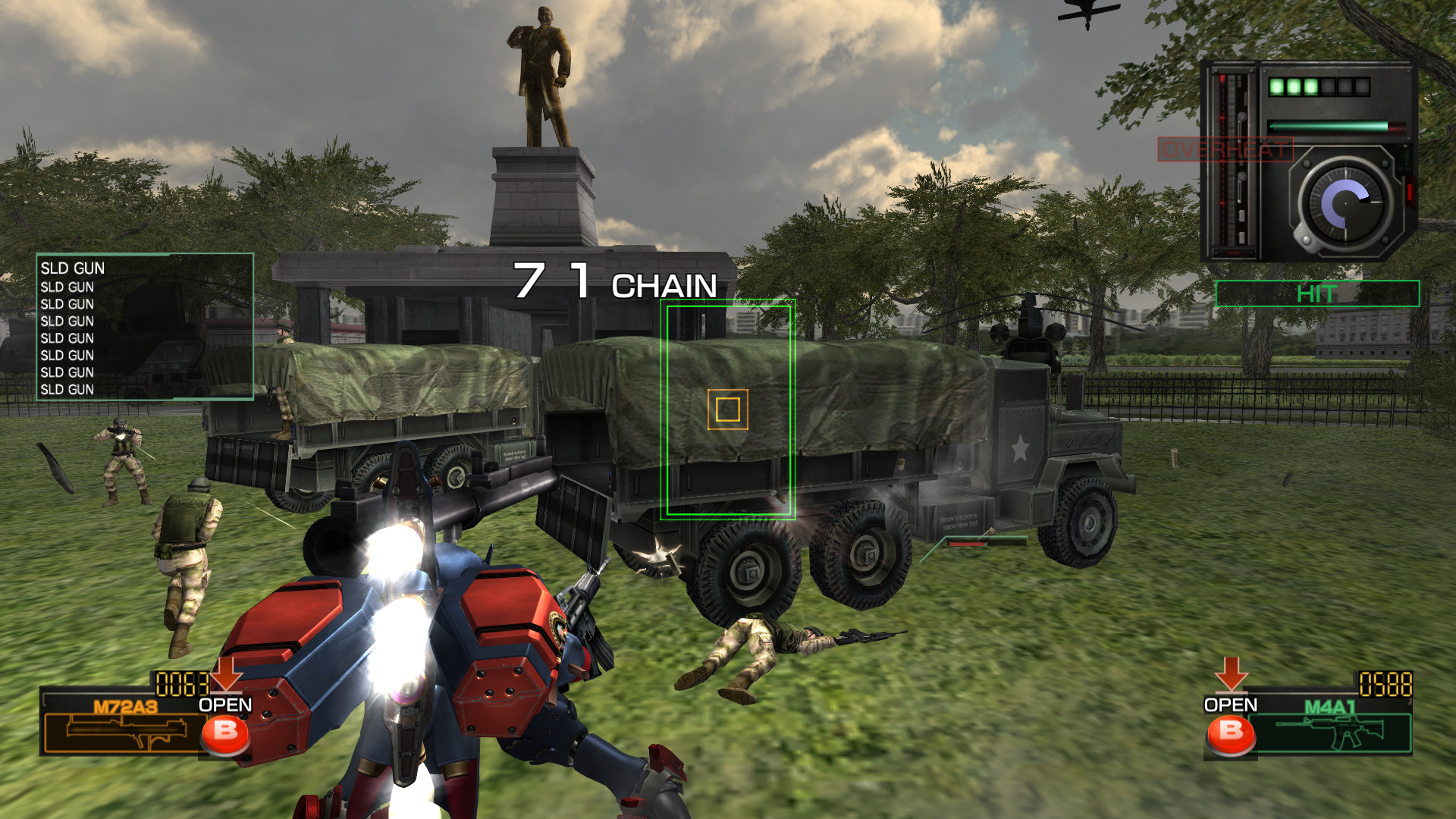 Devolver is handing the porting duties over to developer General Arcade, while From Software will mostly help the project in a consulting capacity. Localization firm Kakehashi Games is also involved to help make the whole process smoother. In a fun twist of fate, From Software will publish Metal Wolf Chaos XD in Japan after it releases in the rest of the world.

Maybe most important for everyone who never played Metal Wolf Chaos: The remaster’s only purpose is to upgrade visuals to HD quality (and to 4K on PS4 Pro and Xbox One X). As Kakehashi’s business manager Zach Huntley tells us, it’s important to bring this game over exactly as it released 14 years ago. No content is being added, no artistic liberties are being taken, no easter eggs are getting thrown in. Just the same game, looking better, on new platforms. That’s it.

Metal Wolf Chaos XD will release sometime later this year on PC, PS4, and Xbox One. Soon, you can finally see what all the fuss is about.