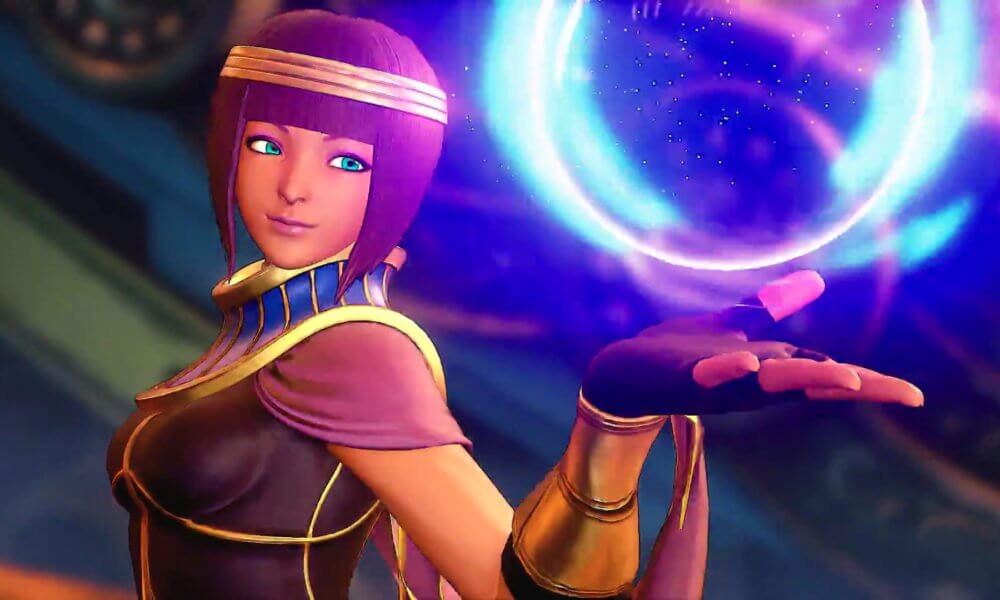 Capcom, you are spoiling us

The next roster addition to Capcom’s Street Fighter V is ready to brawl, as mysterious fortune teller Menat is now available for download.

The “Eyes of the Future”, making her Street Fighter debut, is the game’s first real attempt at a “puppet” fighter; a character who uses an array gimmicks that can be setup for later use, or recalled. This is a play-style you see in many ArcSys characters. It’s a cool concept, but I stand by my notion that Street Fighter V is game designed to favour the more simplistic, hard-hitting characters, rather than the gimmicky, high-execution ones.

There are already some great combo videos emerging in the community, but I see Menat falling into the same category as characters such as Juri and FANG, cool concepts, clever setups and impressive chains but, in live battle or a tournament situation, simply not as cost-effective, resource or execution-wise, as a YOLO three-move-into-Super from the Balrogs, Abigails and Guiles of the world.

I really like the character and design of Menat, plus she’s a friend of my main girl Rose, so I do want to be proven very wrong. In related news, logging into Street Fighter V in the immediate future will bag you a free gift of 30,000 Fight Money. That’s not even enough to buy one of her legs.