In a wonderful piece of news for 2D fight-fans, developer French-Bread has officially announced a brand new entry in its cult anime fighting game series Melty Blood. Launching later in 2021 for PS4, Xbox One, and Nintendo Switch, Melty Blood: Type Lumina will see new and returning characters square up for magical melee action.

The new sequel, the first major release since 2011’s Melty Blood Actress Again Current Code, will retain the typical 2D one-on-one fighting action that is the series’ trademark, but will be built upon an entirely new engine for the franchise’s HD visual debut. Players will be able to choose from one of 10 initial characters – including new battlers taken from the upcoming visual novel Tsukihime: A Piece of Blue Glass Moon, which launches in August. The smaller overall roster reflects the new game’s distinctly adaptive nature, focusing purely on the upcoming VN’s narrative and cast. 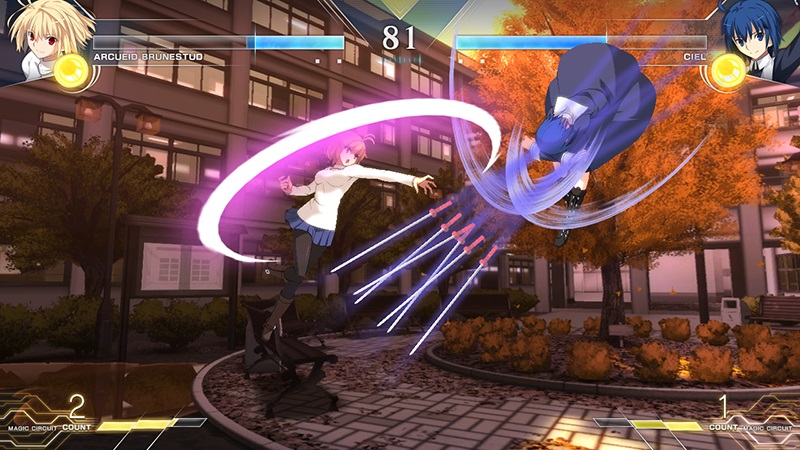 Modes confirmed for Melty Blood: Type Lumina include typical Vs. Time Attack, and Survival, as well as a full Story Mode. Details are scant on the fighter’s engine and mechanics, but French-Bread assures player that Type Lumina will retain the distinct Melty Blood style, while adding – or replacing – certain in-game battle mechanics. One new system is “Rapid Beat,” which will see players repeatedly pound specific buttons for extended attacks – which sounds suspiciously like Auto-Combo. Rollback netcode has also been confirmed for the new title.

No trailer was released, but promotional images are viewable on the official website.

While Melty Blood is likely destined to remain on the cult/niche side of the fighting game community, it has always had its devoted army of followers. As such, the news of a new entry will come as both a surprise and a delight, and it appears that it won’t be too long before fans will be stepping back into the ring once again.