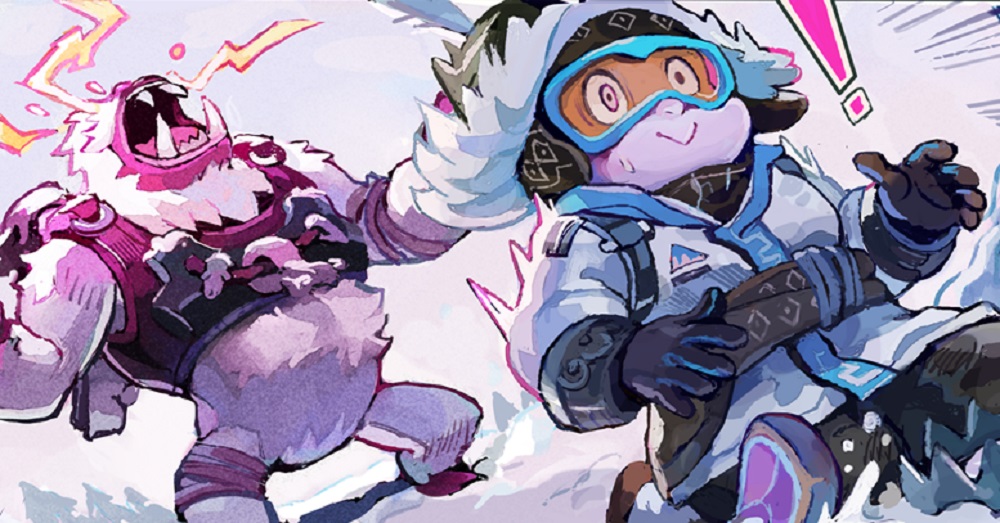 If you’ve been playing the Winter Wonderland event in arena-shooter Overwatch, you may have tried out the Yeti Hunt mode, where a team of five Mei’s must track down and defeat a rage-infused Winston, before he grabs five slabs of meat and goes AWOL.

I find it quite funny, with the quintet of Mei’s run around shouting things like “We just want to study!” and “We won’t hurt you!” whilst literally laying bear traps and shooting him in the face with icicles. For shame, Mei, you’re supposed to be the heart of the squad!

Anyway, Blizzard have released a (very) short comic for the festive season (even shorter than their usual fare) featuring chibi-Mei continuing her adorable poaching ways. I wholly expect the next issue to see her ambushed and doused in pig’s blood by fuming PETA activists. Ah well, at least this year’s festive issue will get released in Russia.

As always, the comic is free to read right here. With this being a wordless four-page feature, and the last comic being a singular tapestry, I’m hoping that Blizz will be able to return to more full-form issues soon. To be fair, I’m sure that they’re a lot of work.