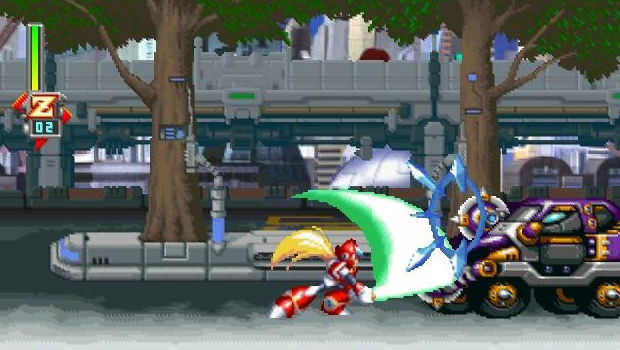 Mega Man X5 is out now on the PSN for $5.99 as a PSOne Classic, and will run on your PS3 and Vita. It has some problems, but overall I enjoyed the game quite a bit, especially the kickass soundtrack.

X6 on the other hand isn’t nearly as good, and likely won’t come to the PSN. Based on a discussion on the Capcom Unity message boards, Mega Man X6 has to alleviate a number of legal issues before seeing a release, most notably for two Japanese songs (“Moon Light” and “The Answer”) as well as voice acting contracts.

It seems as if the big problem is leaving in two songs from the Japanese version as opposed to creating new ones for the western edition (like X4 and X5, which were in the clear). I remember how awesome it was back in the day to get voice acting as well as a full soundtrack in a game, but I’m not as keen about it now if it interferes with a re-release for a new generation to enjoy.