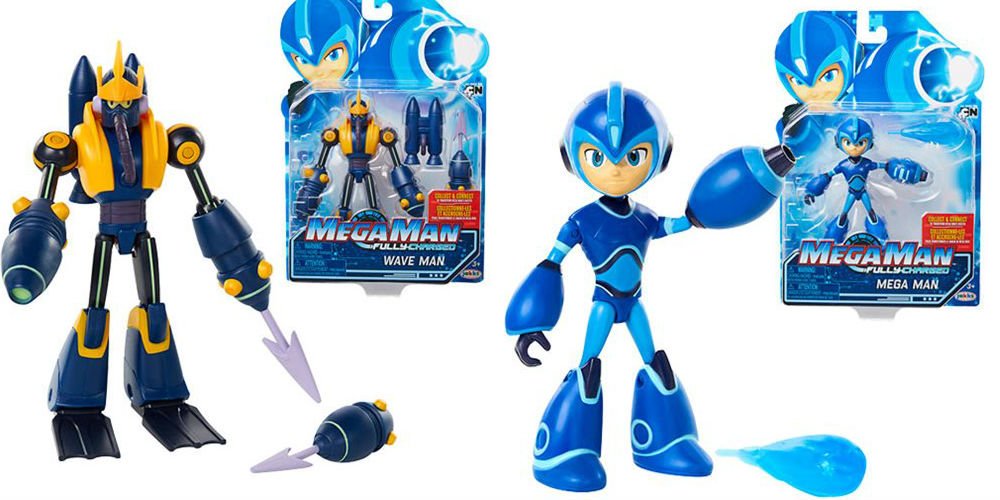 Mega Man: Fully Charged, the program that was rumored to premiere under the Disney XD banner but eventually went with Cartoon Network, is in a precarious situation.

Right now there’s a lengthy hiatus after just a handful of episodes, though the writing staff says that all is well and the show will return eventually. Whether Cartoon Network will actually support the show or burn off the remaining commitment is up in the air, but Fully Charged is still alive and even has a new toy line.

According to Entertainment Earth, Fully Charged is getting a $24.99 Mega Buster arm cannon accessory, a $44.99 Mighty Max/Polly Pocket-esque playset, and a heap of wave one figures with Mega Man, Ice Man, Air Man and Wave Man (it’s $80 for the lot but they’ll likely be broken down at some point). Yep, only the latter even remotely resembles his retro version.

Anyway, a lot of work went into Fully Charged so it would be a shame if it was obliterated without really finding its feet. Shipping these toys after the holiday season is just another head scratcher in this saga.