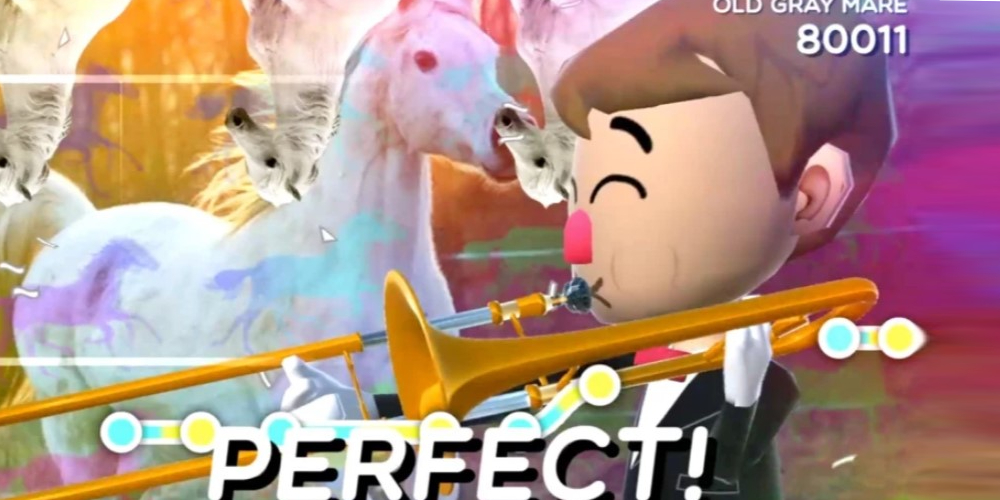 Everyone relates with a sad trombone

A couple of times a year, a “Phenomenon Game” pops up out of nowhere and is suddenly the talk of the town. Trombone Champ fits that description. It became a viral meme seemingly overnight, but this genius comedy game didn’t come from nowhere. The people who made Trombone Champ had to stick with it for three difficult years, working only on nights and weekends, to put it all together.

The game was created by industry veterans Dan and Jackie Vecchitto. They’ve been self-publishing games for about a decade, and most of their projects have been free. Trombone Champ is actually the first title they’ve ever sold on Steam, so you can imagine their surprise when it went on to sell 20,000+ copies in its launch window, prompting NBC, The New York Times, and the CBC to all come calling for interviews.

Much to my surprise, they were also willing to talk to me for my Talking to Women about Videogames podcast (also on iTunes and Spotify). It’s a small-time show by NBC standards, but since they had an OK time on Sup, Holmes (an interview live stream show for game devs I used to do), I guess they didn’t mind coming back for another talk eight years later. I’ve been rooting for these two ever since then, long before I knew they were the people who made Trombone Champ, and it’s been so great to see those roots grow into a tree made of trombones, thousands of dollars, and mainstream media attention.

We got into all that plus the couple’s love of Star Trek, D&D, gnomes, my theories on the autobiographical nature of their gameography, and a lot more. Thanks again to Dan and Jackie for taking the time, and doing it on video to boot. It was (ahem) a “hoot.”