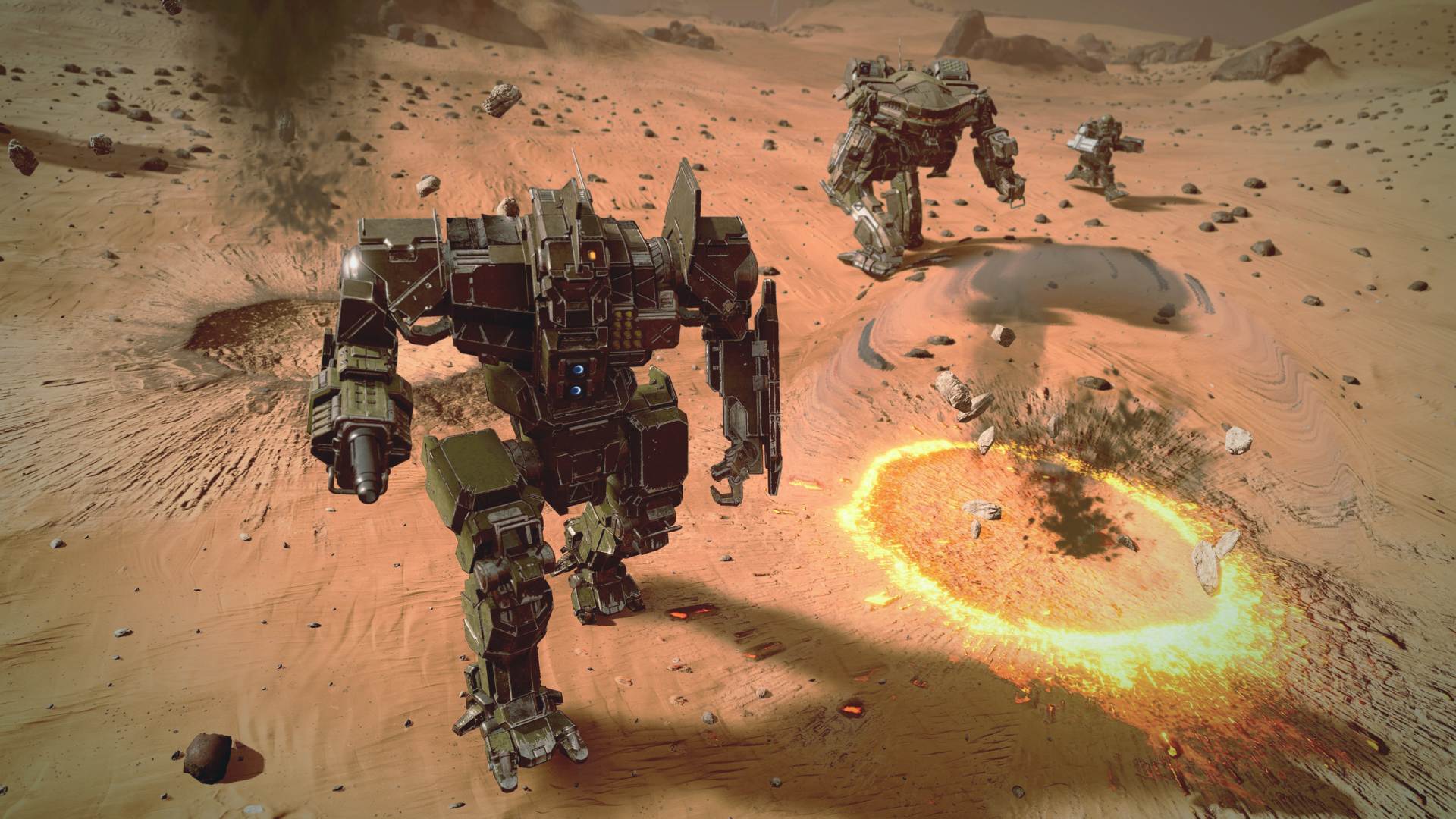 Get in the giant robot

The giant mechs of MechWarrior are stepping back onto the PlayStation. Developer Piranha Games announced today that MechWarriors 5: Mercenaries is making its way to PlayStation 4 and PlayStation 5 on Sept. 23, 2021.

This includes both MechWarrior 5: Mercenaries and its Heroes of the Inner Sphere expansion, and marks the return of the BattleTech franchise to PlayStation after more than 20 years apart. The PS4 and PS5 version will have cross-play support for all major systems, including PC, Xbox One, and Xbox Series X|S.

The cross-play works for the four-player PvE co-op, which will also let players who don’t own the Heroes of the Inner Sphere expansion participate in a co-op playthrough, so long as the host owns the expansion.

And for PlayStation 5-specific options, MechWarrior 5 will support both advanced haptics and adaptive triggers on the DualSense, according to the PlayStation blog. So those using a DualSense will get to really feel the thunderous roar of a giant mech in the middle of a heated battle, I guess.

Our impression of MechWarrior 5: Mercenaries‘ PC launch was fairly positive, so if you’re looking for some giant robot action to fill your PS5’s hard drive space with, this might fit the bill. I do wonder if that haptic feedback will be to scale with the size of the mechs, though. We’ll find out when it hits PS4 and PS5 on Sept. 23.