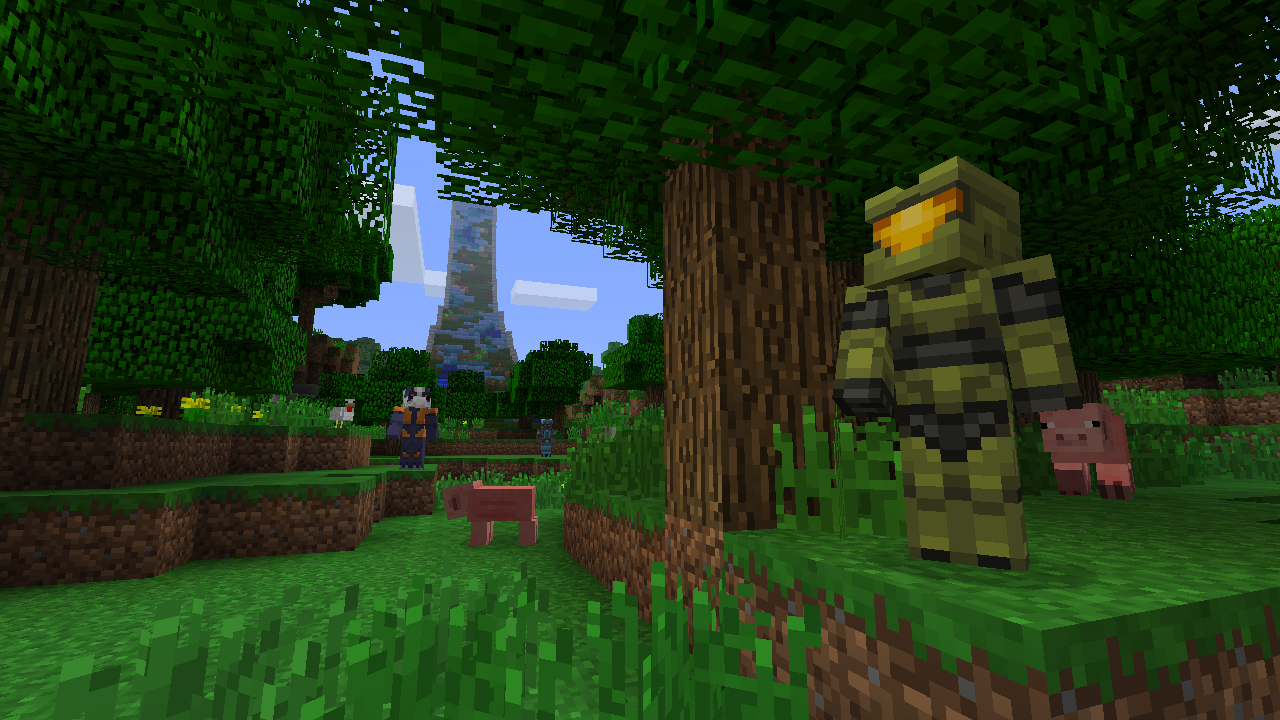 Everything really is better together

It may have taken 16 years to happen, but Halo’s Master Chief will finally be playable on a Nintendo platform, though not necessarily in a way that fan’s have wanted. Due to Microsoft going all in with their “Better Together” updates for all versions of Minecraft (minus Sony), the “Halo mashup pack” will soon be coming to each iteration of the immensely popular game.

So, in some weird way, you’ll get to use a rival console’s mascot on a Nintendo platform and potentially kill Mario with him. When are we going to see a Smash Bros.-esque game that is simply titled Console Wars? I think that would be a riot (maybe literally). Either way, this is pretty neat news; maybe we’ll even get to see Mario grace the Xbox One in the future. That would definitely blow people’s minds.

Halo is coming to Nintendo Switch… in Minecraft [Eurogamer]