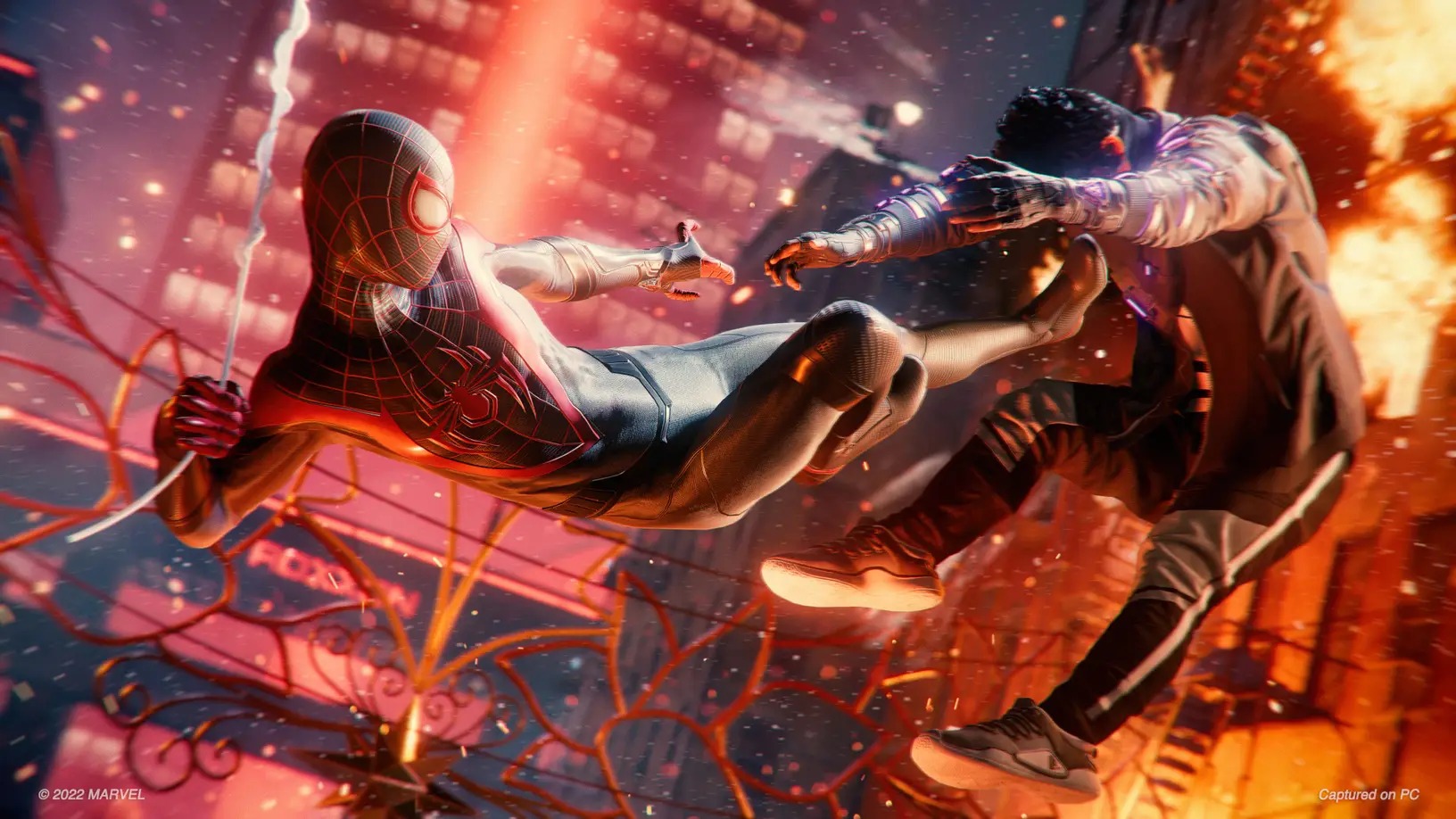 Even more Spidey action is on the way for PC players

The PC version of Miles Morales will have PC features and settings, similar to the Marvel’s Spider-Man Remastered port that hit PC earlier this year.

These include some fancy graphics options, like ray-traced reflections and new ray-traced shadows. NVIDIA DLSS 3 is also being supported, as are other options like DLSS 2, DLAA, and NVIDIA Reflex. And hardware-wise, Miles Morales will support ultra-wide gaming with ratios of 21:9, 32:9, or even 48:9 through triple-monitor setups.

That’s on the extreme end of things though. According to today’s PlayStation Blog, Insomniac is also supporting other configurations aside from high-end PCs; namely, portable PC gaming devices. DualSense haptics will also be supported, if you wire one in over a USB connection.

A shocking spin of the web

If you don’t own Marvel’s Spider-Man Remastered, then no worries. This is a standalone entry. It’s going for $49.99 on Steam and Epic, and pre-orders will net a few in-game goodies a little earlier than you’d normally achieve them.

Miles’ Spidey adventure is one I never got around to finishing on PlayStation 5, so the prospect of revisiting it is pretty appealing. It’s received some high praise, and I like the idea of a short, cinematic Spider-Man game to zip through.

Nice to hear that portable PC devices are a consideration too, for those who have been picking up a Steam Deck now that they’re extremely available. The Marvel’s Spider-Man Remastered PC port wound up being pretty good, and I’d hope the same holds true for Miles Morales’ hop over to computers.