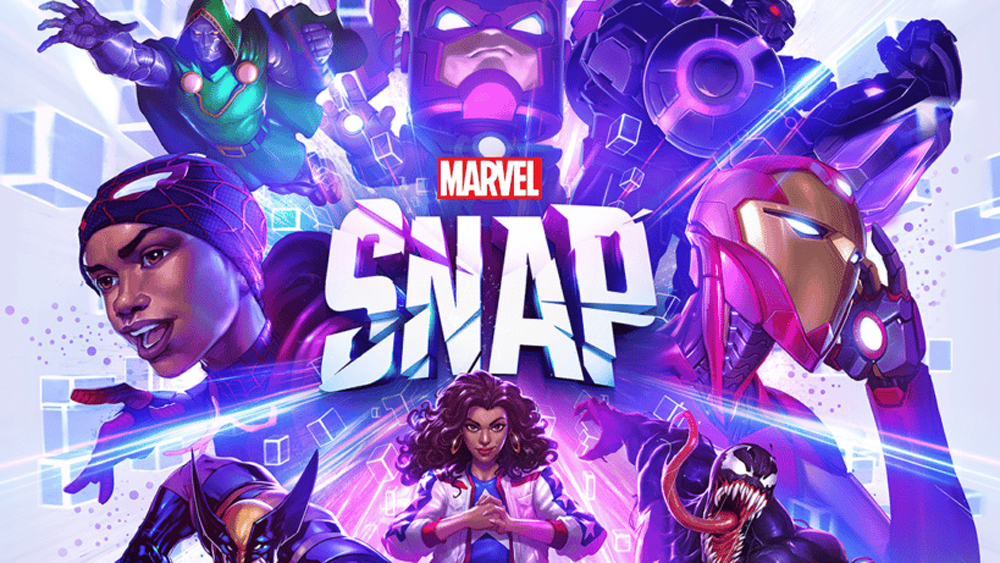 A few helpful tidbits to get your head around Marvel Snap

Marvel Snap recently went into early access on mobile platforms and PC, and it’s been creeping its way into every social feed. I’ve seen players who rarely get hooked on a card game seeking out some Marvel Snap tips, deck advice, or just sharing bizarre board states.

I, too, have been deep in the Snap mines. This isn’t my first rodeo, as I’ve spent a decent chunk of time in games like Hearthstone and Artifact, and dabbled in card games like Magic: The Gathering. Heck, Geralt of Rivia and I dominated Novigrad in Gwent.

With that in mind, I thought I’d provide some helpful tips for players new to the game, or maybe even new to the ideas in Second Dinner’s card game.

A big difference maker between Marvel Snap and something like Hearthstone is the three-lane board. Winning means having more power in two of the three available locations in play.

It’s crucial to think about that in the early-to-mid stages, as you and the opponent are still posturing for control. If one lane is out to an early lead, you don’t need to cement it just yet. Likewise, take advantage of some cards’ ability to boost other lanes to get a two-for-one effect. Tunnel-visioning on one location can make it tough to come back in others.

In turns one through three of Marvel Snap, the locations reveal themselves one-by-one. They’ll each have effects, that can help or hinder, do nothing, or radically alter the way you play for control.

So an easy Marvel Snap tip I have for early game is to take some measured risks on those unrevealed locations. Say turn one reveals Ruins, which does nothing, or is a location with an immediate, one-time effect. It might be better to play for a different locale, on the off-chance that controlling it will garner some benefit.

Inversely, if there’s a good locale on turn one like the Baxter Building or Muir Island, play for it. Read the board and see where you could develop some early momentum. It’s easy to forget this and get caught up dumping low-cost cards in, then watching as a single turn-six Hulk slams through all your one-cost drops. Don’t leave spaces open for no reason, but be mindful of overcrowding a spot early and losing the chance for larger power swings in the later turns.

Additionally, watch your opponent for this. So many times I’ve been able to flip a point, or make an educated guess on their other plans, because of an overcrowded locale.

If you’re a Hearthstone veteran, or really most card games, you’re probably familiar with the concept of a “mana curve” or another, similar term. Cards in games like Marvel Snap are metered out by how many resources you have to play them each turn. Hulk may bring a lot of power to the table, but it’s going to take six energy to play him; it’s a way of balancing power.

It also means that Hulk will usually only be playable on turn six. (Again, barring special circumstances, and heaven knows Marvel Snap has some of those.) When building a deck, take into consideration how playable every card will be, and when. Stacking a deck with 4, 5, and 6-cost cards can come back to bite you, as those cards need to leave your hand to do anything.

The way I like to think about it is, what do I want my draw odds to be? I want a good chance to draw into some 1 and 2-drops, and less chance to get stuck with 5’s and 6’s in my hand. Start there with your deck balance, and you’ll find yourself spending fewer turns playing nothing. Tinker with your deck

On that note, please don’t just keep running the basic Deck 1 forever. Marvel Snap encourages you to make a new deck as part of its onboarding Recruit pass, but continual tinkering is beneficial in many, many ways.

It helps you start to identify pain points. If you notice you’re not playing a certain card from your deck very often, swap it for something that might see more play. If you get a new card with a cool ability, like Odin’s ability to re-proc all On Reveal abilities in a location, build a new concept around it. Trust me, it’s fun, especially in the case of Odin.

This will also give you a chance to level up cards, which is the main progression path in Marvel Snap. While cards don’t gain any stats or gameplay effects from boosting up the cosmetic ranks, those do boost your collection level, which gives you more cards and resources. Swap in new cards, bounce between lower rarity variants, and create entirely new decks to keep the collection growing.

Retreat is sometimes an option

Look, I may be trying to give you some good Marvel Snap tips and advice here, but it’s time for an admission: I’m a serial snapper. I love to hit the “snap” button and up the ante on others, and I can rarely resist snapping back when my opponent does. (Winning as the return-snapper is electric.)

Learn from me. Learn from my mistakes. Don’t be afraid to cut and run if the win clearly isn’t going to happen. You might lose some levels, but not as many if you stayed or snapped back. A retreat is fully viable, especially if you don’t want any big setbacks as you climb the ranks. Everyone has a favorite build or hot new deck they’re running. Don’t worry too much about that.

While there are certainly builds and a meta will, I’m sure, emerge around this game, I’ve found I enjoy Marvel Snap most when I’m playing how I want to play. I like finding a cool synergy and making it work. I like finding out that I can use cards like Armor and Nightcrawler to bend the rules of the arena.

Cyclops is a favorite X-Men character of mine, and in Marvel Snap, he is simply a 3-cost 4 Power drop. No abilities. No flash. But I try to make Scott Summers shine anyways. I’m convinced it’s because of the massive, catastrophic optic beam he emits when you drag him onto the field.

The point is, have some fun. I’ve found that even the best-laid plans can fall apart, and the most directionless ideas can suddenly become winning strategies with the right mindset. Play what you like, and curse the game every time it pops up the “add five rocks” location.

Marvel Snap is in early access on iOS, Android, and PC.