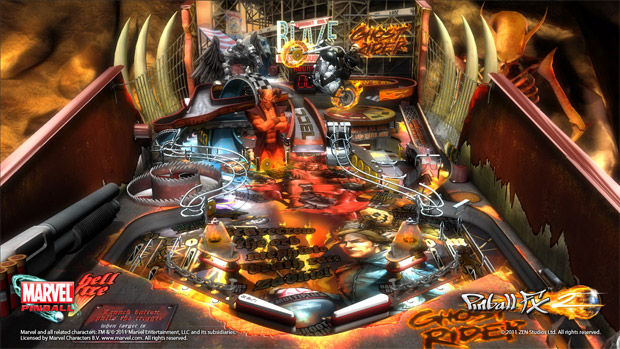 Zen Studios has taken Comic-Con as an opportunity to talk a little more about Marvel Pinball: Vengeance and Virtue. As far as the PlayStation Vita version is concerned, it’s going to be a launch title. Nice!

There’s a trailer to look at, if you’d like, and a “virtuous” unveiling of the second pinball table is coming tomorrow afternoon during the New York Comic-Con Marvel Games panel. Sounds like Zen is going all out with the game on Vita, with “both front- and back-panel touch support, gyro sensor, accelerometer and last but not least, cross-platform functionality with PSN.”

My near-endless desire for portable pinball videogames is pleased by this.