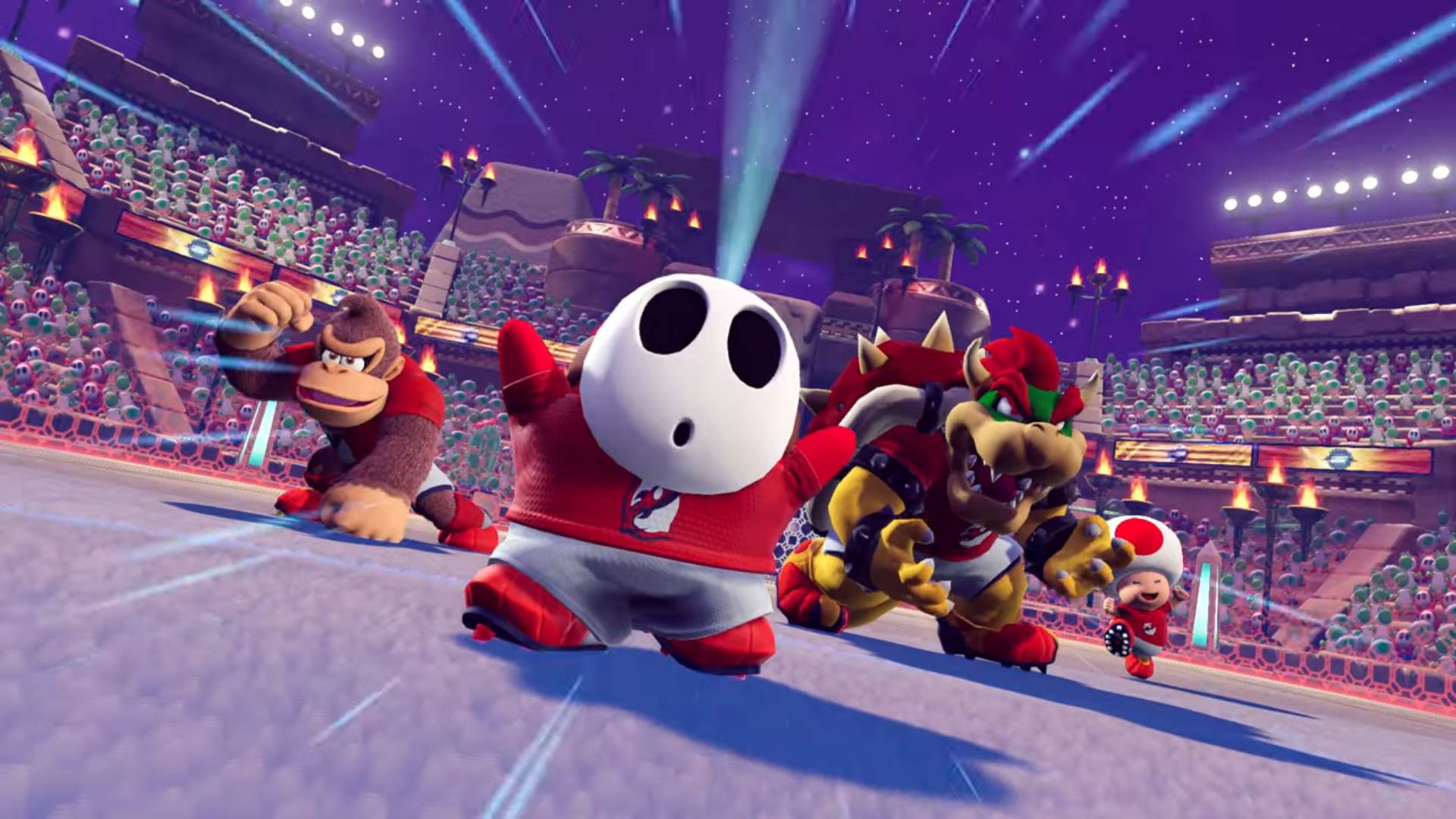 Plus a new stadium and some gear

The first free update for Mario Strikers: Battle League arrives this week. It’s bolstering the cast with some classic Mario characters, and also adding some new gear and stadiums to mix up the action on the field.

Daisy and Shy Guy both join the Mario Strikers: Battle League roster on July 22, as part of the game’s free update. Also included in the update is Knight Gear, a set of gear that focuses on shooting and strength, and the Desert Rain Stadium.

Daisy is a Technique-type player who’s difficult to knock down. Shy Guy, meanwhile, is an all-rounder. Personally, I just really dig Shy Guy’s special shot. He basically turns himself into a bullet and launches himself at the ball, and it’s fantastic.

It looks like Mario Strikers: Battle League will carry on the usual model for Mario sports games on the Switch. Both Mario Tennis Aces and Mario Golf: Super Rush got a series of updates post-launch, adding characters and more options to the action. They were also free updates, which is a nice alternative to a DLC drip-feed.

It feels like Mario Strikers: Battle League is destined for a similar lifespan to those games. I do hope some of the post-launch content eventually addresses the lack of solo options noted in our review of Battle League. As much fun as beating your friends at Mario soccer is, having something to do on the road is nice too.

As for the character choices so far, Daisy and Shy Guy seem like fun additions. My petition: get some wild, out-there picks in the Mario Strikers roster. You just know Wiggler would be a wild addition to the lineup. Maybe even a guest character?

Mario Strikers: Battle League is out now on the Nintendo Switch.