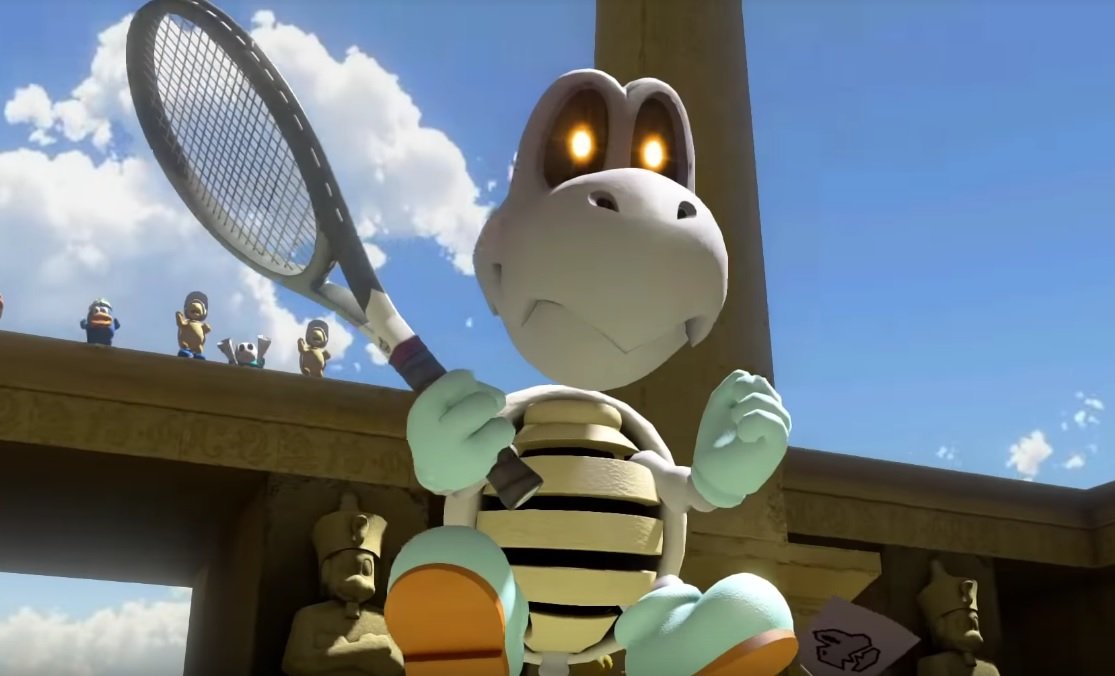 Nintendo has dropped the for the next addition to the huge superstar roster of Switch sports release Mario Tennis Aces. Joining fellow baddies Kamek, Chain Chomp, and Koopa Trooper is the cutest undead you ever did see, Dry Bones.

Originally making his debut in Super Mario Bros. 3 for the NES, Dry Bones is a skeletal version of standard Koopa Troopers, and can be found wandering around palaces and castles. Invulnerable to fireballs, Mario can bop Dry Bones on the head, causing him to crumble into a pile of bones, but he reanimates again after a few seconds. Spooky.

On the courts, Dry Bones is a Tricky class character. His Trick Shot sees his speed-warping around the court to return hard-to-reach volleys, whilst his Special Shot sees him quickly disassemble and then reassemble in the skies, before hitting a powerful smash. Look at Birdo spin.

Dry Bones will be made available to all players participating in a tournament in May, before joining the roster proper on June 1. Mario Tennis Aces is available now on Nintendo Switch.