Looking in the rearview mirror

This year, Mario Kart hit one of those milestones that just doesn’t seem right. Have we really been slinging shells between go-karts for 30 years? As it turns out, we have (at least “we” have in the broader cultural sense — I am a few years younger than Mario Kart).

For the last 30 years, it’s been seemingly impossible to unseat Mario Kart as the multiplayer game of choice for many. It doesn’t have the thriving competitive scene of your average fighting game, but if you put 10 people from any walk of life in a room and ask what game they want to play, nine of them will say Mario Kart. One asshole will say Towerfall, and that asshole is me, but that’s not relevant. 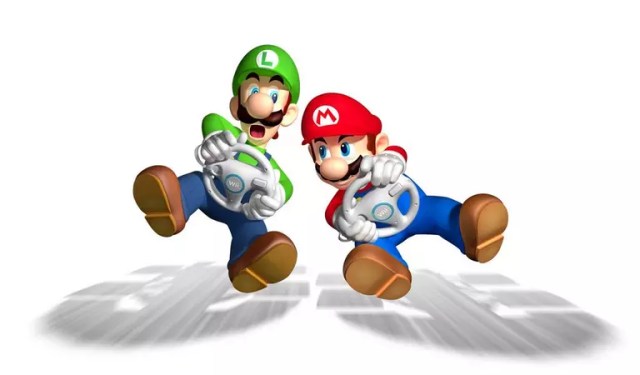 It’s often been said that your favorite Mario Kart is either the first one you played or the newest one. Because of the iterative nature of the series, the latest title is usually “the best,” but it’s hard to shake off nostalgia. Sure enough, I’ve always been very fond of Mario Kart Wii. I played it when I was young, and because my family did the same thing everyone else did and refused to buy a Wii U, I kept playing it right up until the Switch arrived.

The motion controls, the little plastic wheel, the fact that it was on the Wii and therefore accessible at all my friends’ houses — Mario Kart Wii had it all. It remains one of three or four video games that my mom earnestly enjoys, and for that, I must give it high marks.

During the wait between Wii and Mario Kart 8 Deluxe, I dabbled in some other Mario Karts. I got a Game Boy Advance after I got a Wii (my choice, I was a weird kid), so I played a good bit of Mario Kart: Super Circuit on my own. As the only person who still had a GBA in a post-DS world, I gained a healthy appreciation for single-player Mario Kart, which I carry with me to this day. I eventually snagged a 2DS and played a good bit of Mario Kart 7 there – that game is lovely, but, in true Mario Kart fashion, it’s basically a lesser version of the next entry, which makes it mostly unnecessary to return to.

I’ve dabbled in the other Mario Kart games, but I wasn’t around to play them when people actually cared about them, so I can’t say too much about that experience. I quite like Mario Kart: Double Dash, I kind of hate Super, and I am utterly neutral on Mario Kart 64. 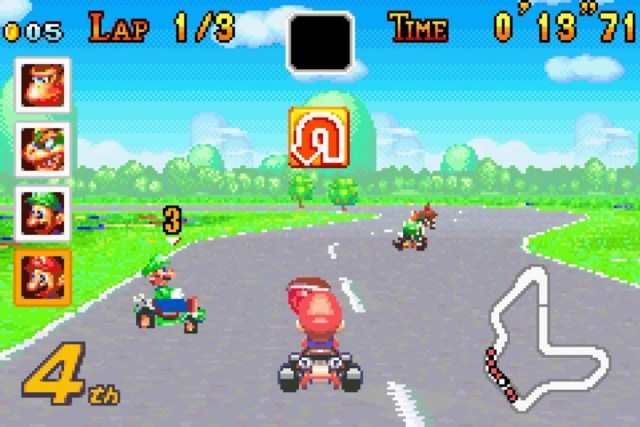 Naturally, Mario Kart shows no sign of slowing down. Mario Kart 8 Deluxe is the best-selling Nintendo Switch game by a pretty dramatic margin, and the ridiculously expensive peripheral-based spinoff Mario Kart Live: Home Circuit is somehow in the top 100. Mario Kart 8 Deluxe continues to receive DLC tracks, and the mobile game Mario Kart Tour has been active and relatively successful for a few years now.

I still play Mario Kart 8 Deluxe whenever I get the chance, and I dabble in Mario Kart Wii when I’m at my family’s house (they’re purists). I wouldn’t say Mario Kart is a favorite franchise of mine, but it’s pretty undeniable that it brings folks together. 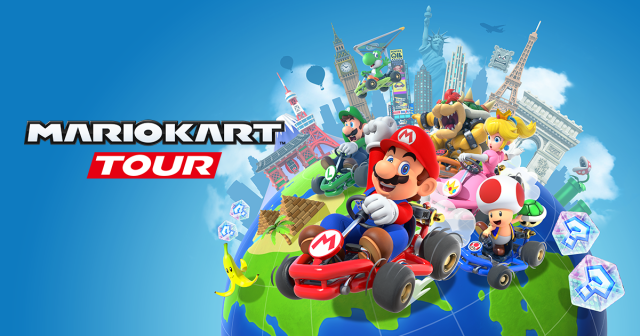 It’ll take some time, I expect, for Nintendo to bless us with another full-fledged Mario Kart entry. Thankfully, it’s still pretty easy to get a group together to play Mario Kart 8 Deluxe, and the Switch’s handheld nature makes it easy to nurture my love for single-player Mario Kart, so I’m alright for now.

We’d love to hear about your history with Mario Kart — what’s your favorite entry? Does the age-old first-game/newest-game doctrine hold true for you? Do you ever play the game on your own, or is it strictly a multiplayer experience for you? Fill those comments with Mario Kart stories, if you’d be so kind.