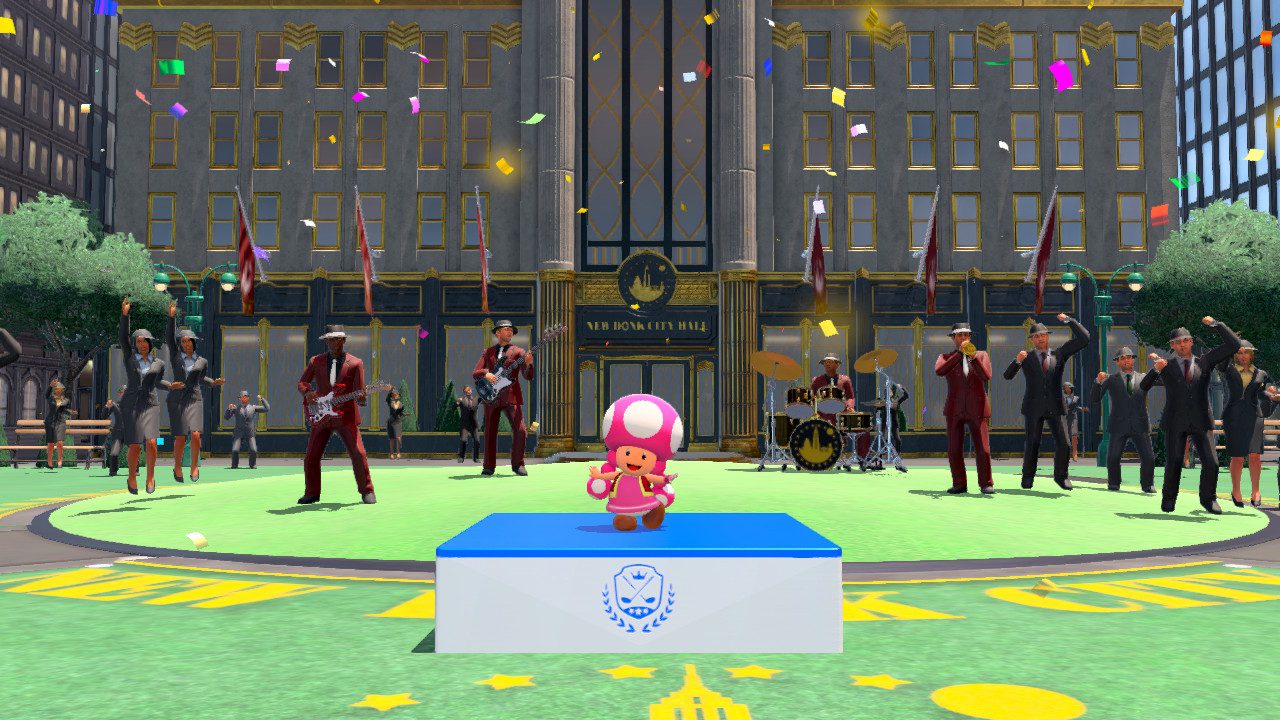 Take me down to the New Donk City, where the grass is green and the shots are chippy

Mario Golf: Super Rush got its first bout of post-launch content last night: the previously shown New Donk City course, based on the city from Super Mario Odyssey. And you might think a city, with its urban sprawl and massive skyscrapers, would make for a bad—or at least, unconventional—golf course.

It does, and that’s why it works so well.

When I played through Mario Golf: Super Rush back at launch, I had a good time playing some normal, regular, let’s-take-turns-teeing-off golf. It was the other issues that made it a lackluster experience for me, and I’ve only played a couple rounds of 18 since then. Part of that was easily the roster of courses. 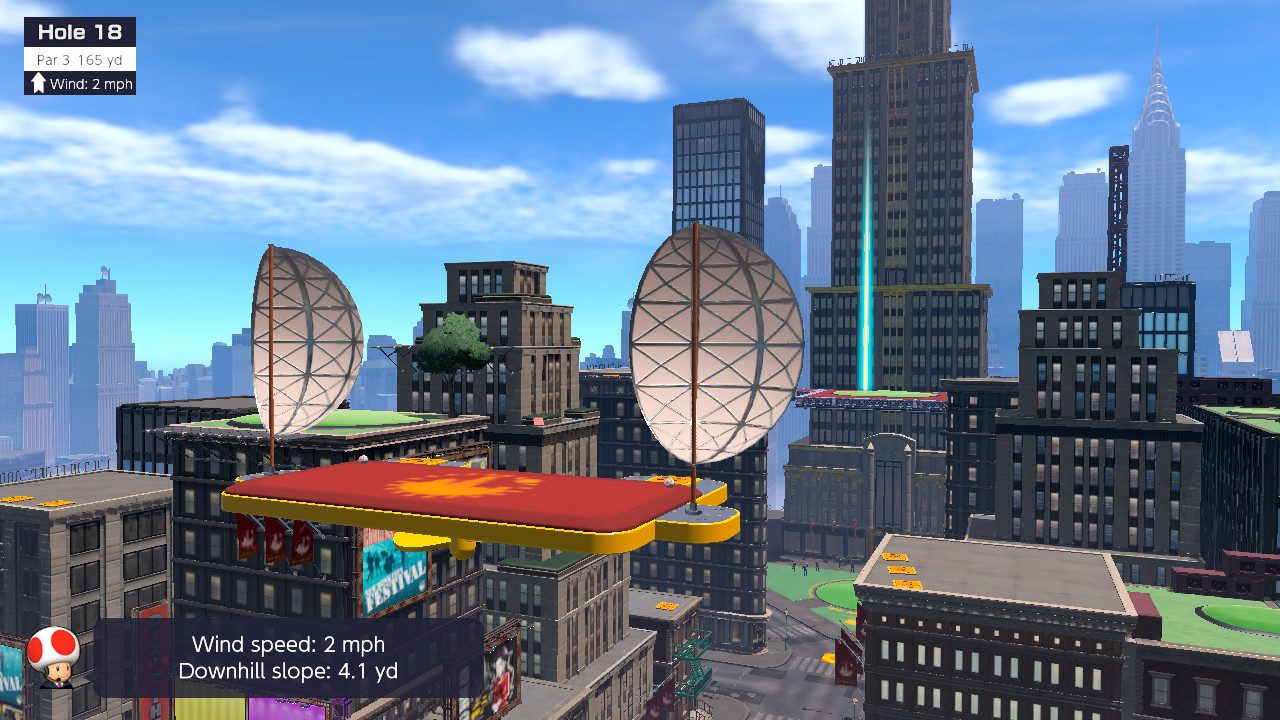 Most felt pulled in two directions: trying to be a golf course, and trying to be a Speed Golf course. Mario Golf: Super Rush introduced the Speed Golf mode as a fun, party-game alternative to standard golf where you sprint between shots, occasionally dodging hazards and messing with your friends.

It’s a neat concept, but one I just didn’t find myself wanting to play, and in turn, most of the courses felt a little flat when playing standard golf. Each range would have a standout or two, or possibly some tricky environmental problems to navigate like the grates on the Bowser course. But it lacked that Mario universe charm.

Booting up New Donk City, I wasn’t sure if it would really nail it. But after playing a standard round of 18 with some friends, I’m hoping it’s the sign of what’s in store for future updates.

Playing in the city means navigating around lots of unconventional hazards, like a car parked in the street or a signpost blocking your short shot. Even though the map itself is fairly small and contained, you end up playing across it over multiple holes. It ends up making great use of small space to create new problems to solve. 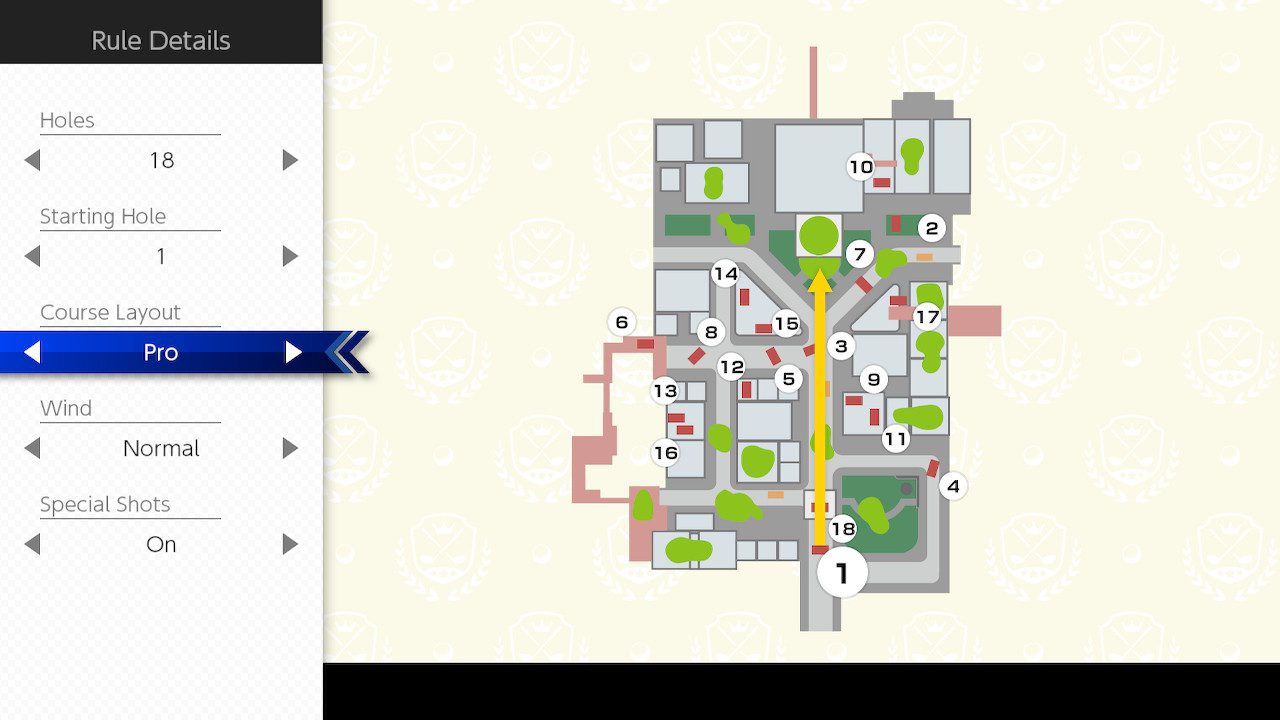 A favorite of mine calls for you to tee off with a building in the direct patch of your shot, so it already checks the golfer’s ability to curve their shots. On others, a missed angle meant placing your golf ball in an alley or around the corner, and now you have to navigate around the city layout.

We quickly developed a game of intentionally hitting objects to bounce the golf balls to where we wanted them. Huge trick shots were sunk by “donking” them off buildings, as we called it. It really feels like a reward for having a steady grasp of the game’s physics when you “donk” a shot off a building and onto the green.

The greens also felt much more challenging, with some surprising hills and lots of issues to deal with if you fell off and onto the outlying rough. But my favorite moments were the skyscraper holes near the end of the back-nine, where we were hitting shots from the roof of one tall building to another. 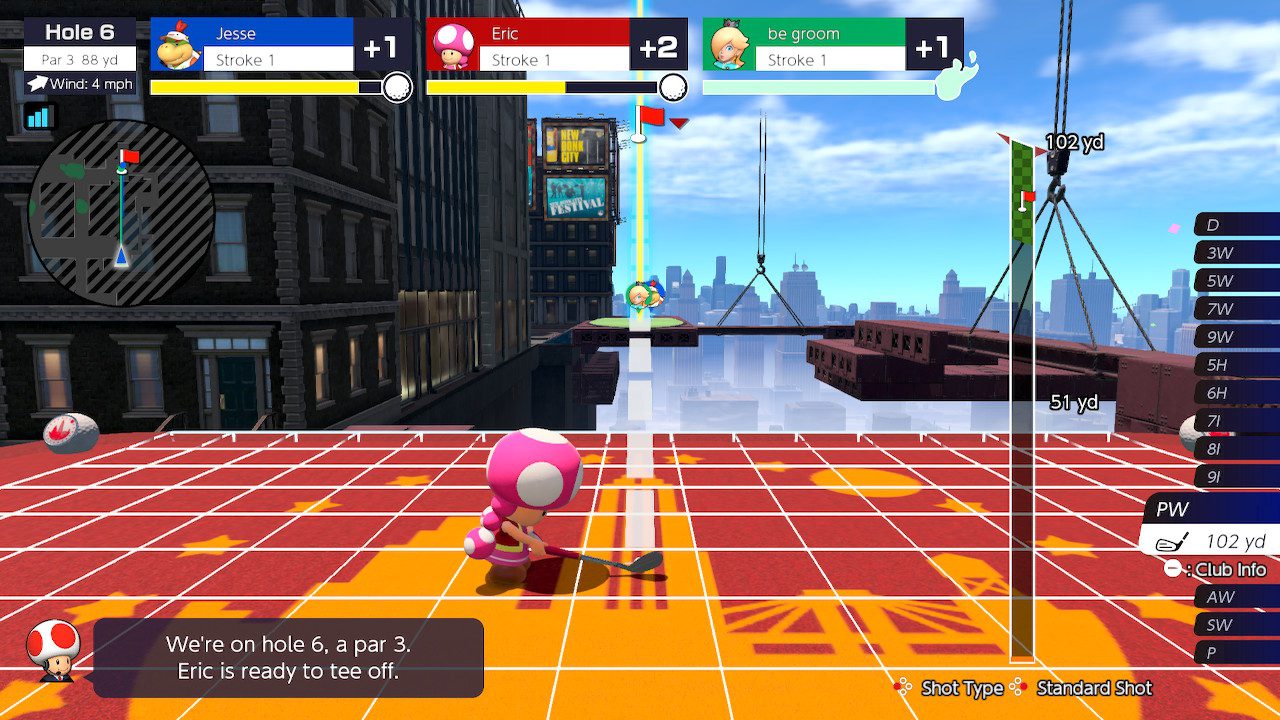 It’s not just the spectacle, but the challenge that demands your accuracy and ability to read conditions like wind and gravity. I’m not necessarily saying New Donk City is difficult to play through; my first run ended up being a pretty good score, compared to my first run of other courses.

It’s the inventiveness, the cheer, the atmosphere, and the general earnest fun of New Donk City that has already made it a standout course for me. Where the desert map felt more like a barren golf course with some Mario accouterment, New Donk City is the weird, wacky golf course I was looking for in the base game. It’s got some fun set dressing, including the very-human-humans of New Donk City (it’s weird that there are real, non-Mario-proportioned humans there, right?), and there were plenty of moments where I remembered a fun Moon I grabbed in Super Mario Odyssey while golfing through an area.

Mario Golf: Super Rush still has a ways to go for me. The online is still a bit of a mess, as we had someone lose connection halfway through, replacing them with a bot. We eventually had to quit out and remake a lobby, as we couldn’t figure how, or even if, they could rejoin. The Ranked Match option is also a nice post-launch goal to chase, even if putting Yoshi color options behind an online ranking system doesn’t feel great. 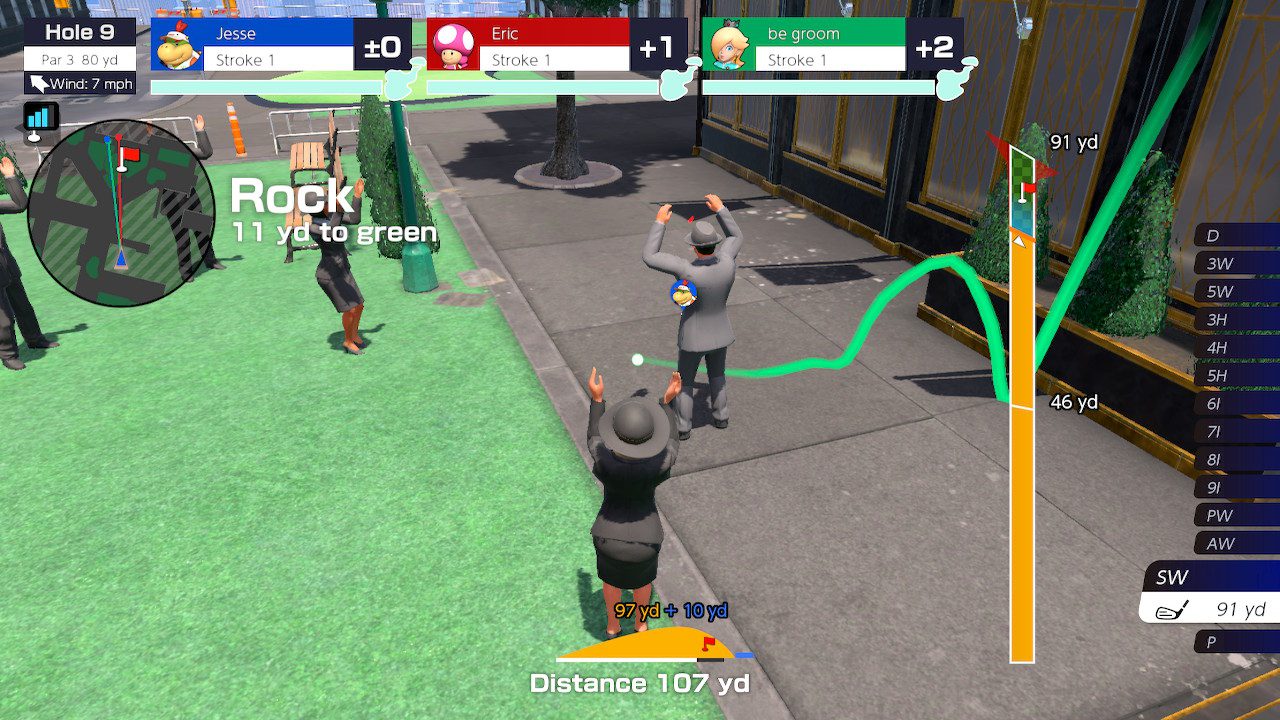 I just hope this is a sign of what’s to come for Mario Golf: Super Rush. Its fellow Switch sports spinoff Mario Tennis Aces needed the same updates and support, and given how fast this update hit for Mario Golf, I’m hopeful. I’d like this to eventually square up with its predecessors, but for now, I’m happy to just have a course I’m eager to play another round through again.

(Oh, and I also tried out Toadette. Seems fine, but I’m sticking to my boy Bowser.)